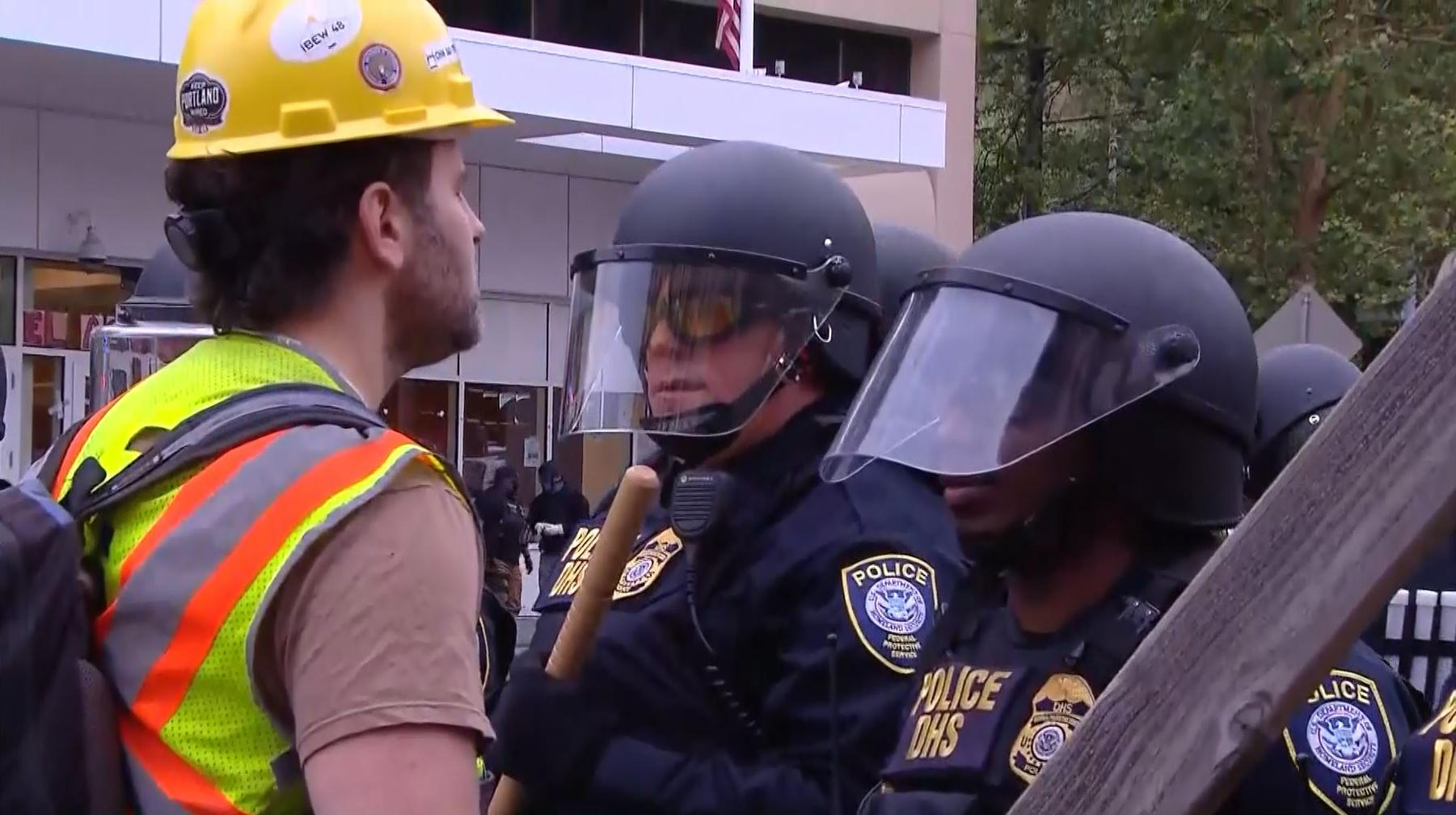 Federal agents broke up a group of protesters early Thursday morning who had camped for several days in front of an Immigration and Customs Enforcement facility in Portland, Oregon, according to CBS affiliate KOIN-TV. Agents with the U.S. Department of Homeland Security then formed a human barricade outside the building and faced off with the protesters, who had backed up onto city property.

Later in the morning, cars with the department's Federal Protective Service replaced the barricade of agents.

The protest followed widespread outcry over the Trump administration's so-called "zero tolerance" policy toward illegal immigration, which had led to the separation of children from their families at the U.S.-Mexico border.

In Portland, the ICE facility had been shut down for eight days because of the protesters.

The U.S. attorney's office there said in a statement that agents started taking action to reopen the facility around 5:30 a.m., according to KOIN-TV. At least nine people were arrested, KOIN-TV reporter Trevor Ault reported on CBSN.

Some protesters' tents were dismantled, according to the station. Others, which were on city property next to the facility, remained up, Ault reports.

At least 100 people were involved in the protest, Ault reported. Written notices were distributed by federal officers earlier in the week warning that people would be arrested if they didn't leave federal property, KOIN-TV reports.

Protesters said that their long-term goal was to abolish ICE, Ault reports.

Mayor Ted Wheeler said he wouldn't assist the federal government in clearing out the area, Ault reports. Some city commissioners had visited the encampment in recent days to express their support for the protesters.