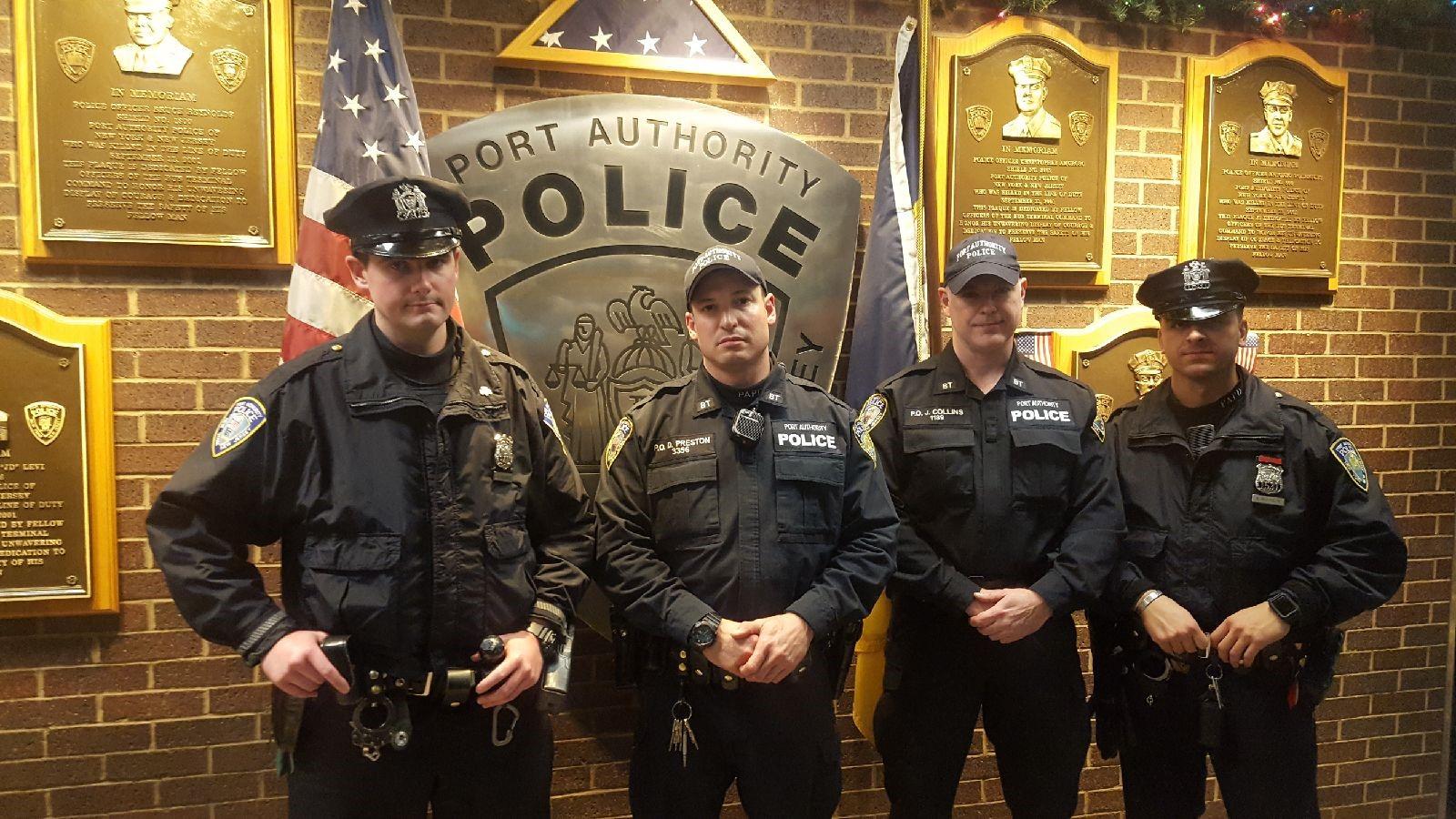 NEW YORK -- A group of Port Authority police officers are being hailed as heroes after they apprehended a man suspected of detonating a crude improvised device underground near the Port Authority Bus Terminal during the morning rush. The homemade bomb prematurely exploded around 7:19 a.m. Monday in a pedestrian walkway near 42nd Street and 8th Avenue. At least five people were injured.

When Officer Manferdini spotted people running out of the passageway Monday, he started heading in, CBS New York reports. He was joined by the fellow officers who later arrested 27-year-old suspect Akayed Ullah.

Bobby Egbert, spokesperson for the Port Authority Police Benevolent Association, said when the officers arrived on the scene they saw Ullah on the ground with wires coming from his jacket to his hand and his midsection smoldering.

"The person on the floor was reaching for his cellphone. The officers at that point had to make a decision so no one else would be hurt and they decided at that point to take the person into custody," Egbert told CBS Radio's 1010 WINS. "There was a struggle with him, they had to keep him from reaching the cell phone, obviously they had no idea what he was going to do with the cellphone."

A photo confirmed by CBS News showed a bearded man crumpled on the ground with his shirt apparently blown off and black soot covering his bare midriff. A police officer is holding the man's hands behind his back. Pegues reports that Ullah suffered a shrapnel wound.

"You couldn't have had better people on the scene," Egbert said.

The officers also received praise from the White House.

"These brave first responders and others who rushed to the scene are heroes," said White House press secretary Sarah Huckabee Sanders.

Ullah and five others were hurt in what Mayor Bill de Blasio called an "attempted terrorist attack." The suspect is in custody at a local hospital.