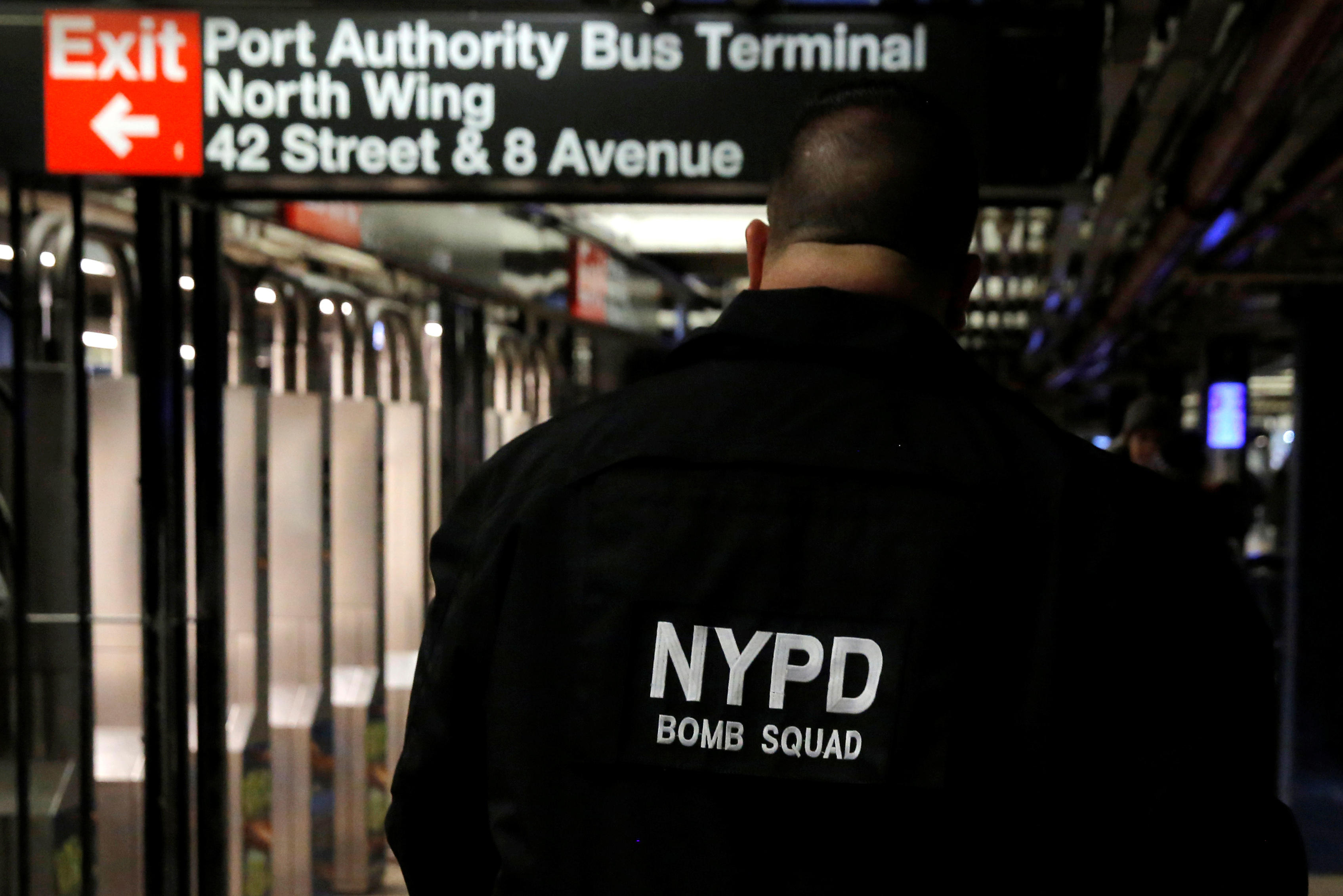 WASHINGTON -- Police are checking 6,000 security cameras in an effort to trace the suspect's steps after an explosion in a crowded subway corridor near the Port Authority Bus Terminal Monday morning. The explosion left at least five people injured.

CBS News homeland security correspondent Jeff Pegues has been working his sources to find out more about 27-year-old Akayed Ullah.

Within hours of the explosion, heavily armed police swarmed the suspect's apartment building in a working-class Brooklyn neighborhood.

Sources tell CBS News that Ullah made the bomb himself and that he was inspired by the Islamic State of Iraq and Syria (ISIS) to carry out the attack.

In Brooklyn, neighbors say the one-time taxi driver and electrician, largely kept to himself, rarely speaking more than a few words when they'd see him.

But Kisslyn Joseph says she told police something stood out over the weekend that caught her attention.

"The only thing that I heard was an argument that happened on Sunday morning, it was like, uh, around 2:00, 3:00 in the morning," Joseph told CBS News.

Audio from Broadcastify captured some of the moments Monday as the incident unfolded: "We got a perp down with a device in a tunnel. Central, four two and eighth. There are reports of an explosion over division."

Ullah came to the United States from Bangladesh in 2011. He arrived in the country with his parents and siblings on a family immigrant visa, eventually becoming a legal permanent resident.

Investigators are trying to determine who else might have known about Ullah's plan to detonate a bomb Monday morning.

They'll be looking for his electronic devices to see what he may have been doing online, and scanning terrorism databases to see if he was in contact with terror groups.

A photo confirmed by CBS News showed a bearded man crumpled on the ground with his shirt apparently blown off and black soot covering his bare midriff. A police officer is holding the man's hands behind his back.

A law enforcement source tells CBS News' Jeff Pegues that four Port Authority Police officers apprehended the suspect. When they encountered him, there was smoke around him and debris all over the floor. CBS News has learned that Ullah sustained a shrapnel wound. He was taken to a Manhattan hospital.

The source also says as police approached the suspect appeared to be reaching for a cellphone and he had wires protruding from his jacket and his pants.

The four officers identified as making the arrest range in age from 26 to 45 years old. Three of them served in the military, with one of them being a bomb technician, Pegues reports.

Sources tell CBS News that in September, the suspect was back in Bangladesh for about a month. In the past, Ullah also visited the United Arab Emirates. The investigation will likely stretch into those countries as well.