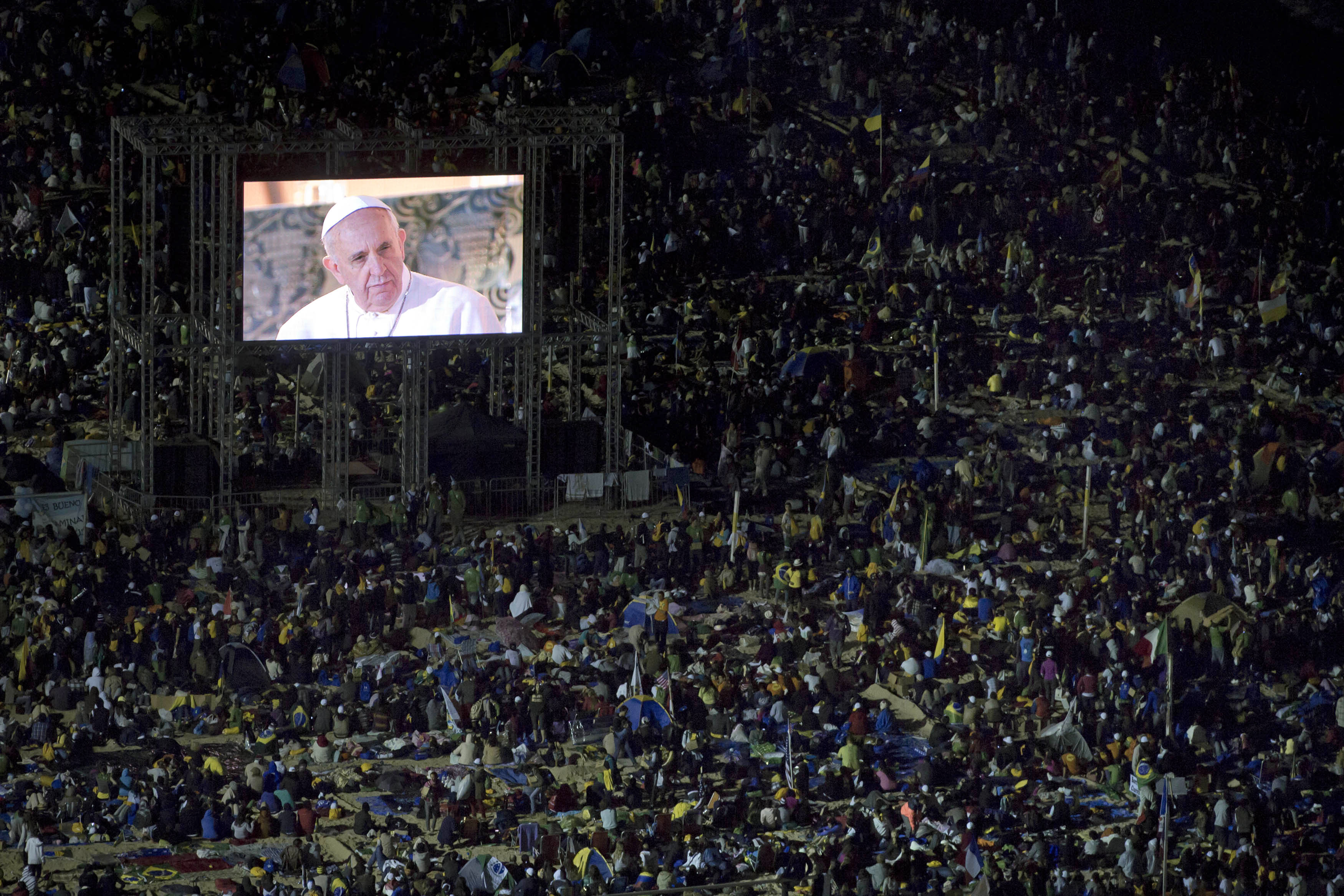 RIO DE JANEIRO Pope Francis spoke the language of Brazil's soccer-mad youth Saturday, telling them that being a good Catholic is like training to play soccer. Only he added a seemingly blasphemous twist, telling them Jesus offers them "something more than the World Cup."

In the land of Pele that will host the World Cup in 2014, the joke might have gone over poorly coming from a pope from Argentina, Brazil's nemesis on the pitch.

But the crowd on Copacabana beach for the World Youth Day vigil cheered with delight.

On this trip he has added to his already sizeable collection of soccer jerseys given to him by the faithful.

When he gets back to Rome, he'll be treated to a friendly on Aug. 14 between Argentina and Italy organized in honor of his election.