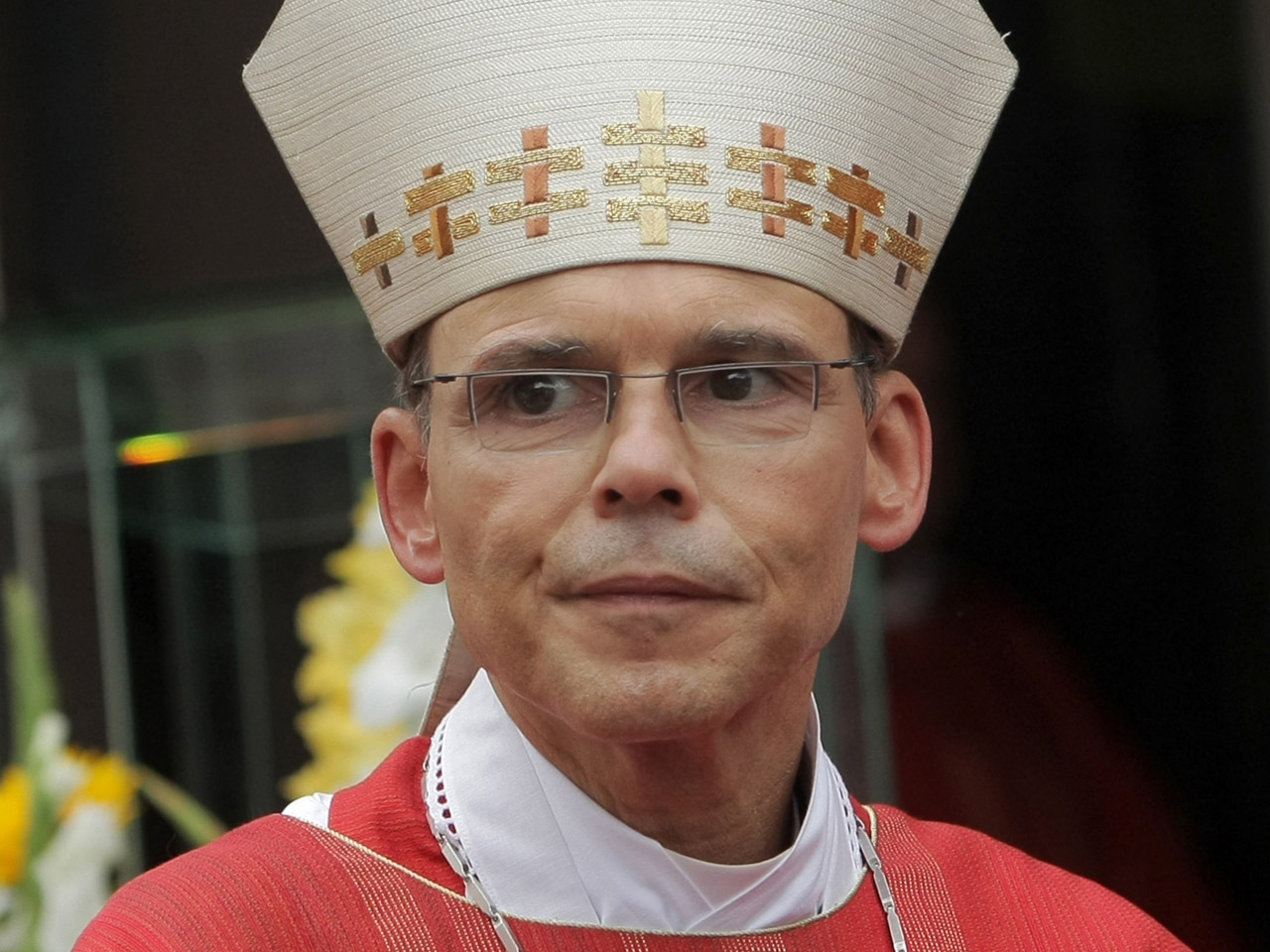 VATICAN CITY Pope Francis temporarily expelled a German bishop from his diocese on Wednesday because of a scandal over a 31-million-euro project to build a new residence complex, but refused popular calls to remove him permanently.

The Vatican didn't say how long Bishop Franz-Peter Tebartz-van Elst would spend away from the diocese of Limburg and gave no information on where he would go or what he would do. It said his fate would ultimately be decided by the outcome of a church commission investigation into the expenditures.

It said Limburg's vicar general, the Rev. Wolfgang Roesch, who had been due to take up his duties on Jan. 1, would start immediately and would run the diocese during Tebartz-van Elst's absence.

At the center of the controversy is the 31-million-euro ($42 million) price tag for the construction of a new bishop's residence complex and related renovations. Tebartz-van Elst -- who's earned nicknames in the German press including the "bishop of bling" and the "luxury bishop" -- has said the bill was actually for 10 projects and there were additional costs because of regulations on buildings under historical protection.

The Limburg scandal has been front-page news for weeks in the country where Martin Luther launched the Reformation five centuries ago in response to what he said were excesses and abuses within the church. The perceived lack of financial transparency has also struck a chord since a church tax in Germany brings in billions of euros a year to the German church.

The head of the German bishops' conference, Archbishop Robert Zollitsch, had been particularly blunt in his criticism of the expenditures and the credibility problem it was causing the church. He has said the church commission would investigate the costs of the renovation, the financing and how decisions about the restoration evolved. Canon lawyers are to determine if Tebartz-van Elst violated church law regarding the use of church money, he said.

The decision on the expulsion was taken after Francis met in the past week with Zollitsch and Tebartz-van Elst.

The Vatican stressed that Francis took the decision based on continuous and "objective" information, suggesting that the Vatican wasn't being swayed by the popular outcry over the scandal. At the same time, though, Francis has made clear he expects his bishops to live simply, setting as an example his own humble lifestyle.

In a statement, the Vatican said the situation in the diocese had become such that Tebartz-van Elst "at the current time cannot exercise his episcopal ministry."

Pending the results of the commission of inquiry, "the Holy See considers it opportune to authorize (Tebartz-van Elst) a period of time away from the diocese," the statement said.

Germany's main lay Catholic group, the Central Committee of German Catholics, praised the decision as creating "the necessary space to clear up completely and firmly the events in Limburg," said the group's head Alois Glueck.

"Pope Francis' decision offers the chance of a first step toward a new beginning in the Limburg diocese, because the situation can become an increasing burden for the faithful there and in all of Germany over recent weeks," Glueck said.

The German government, which last week called the situation "very difficult" and said it hoped for a solution that would give confidence to the faithful, refused to comment Wednesday on the Vatican's decision. A spokesman for Chancellor Angela Merkel, Georg Streiter, said it was "an internal church matter."