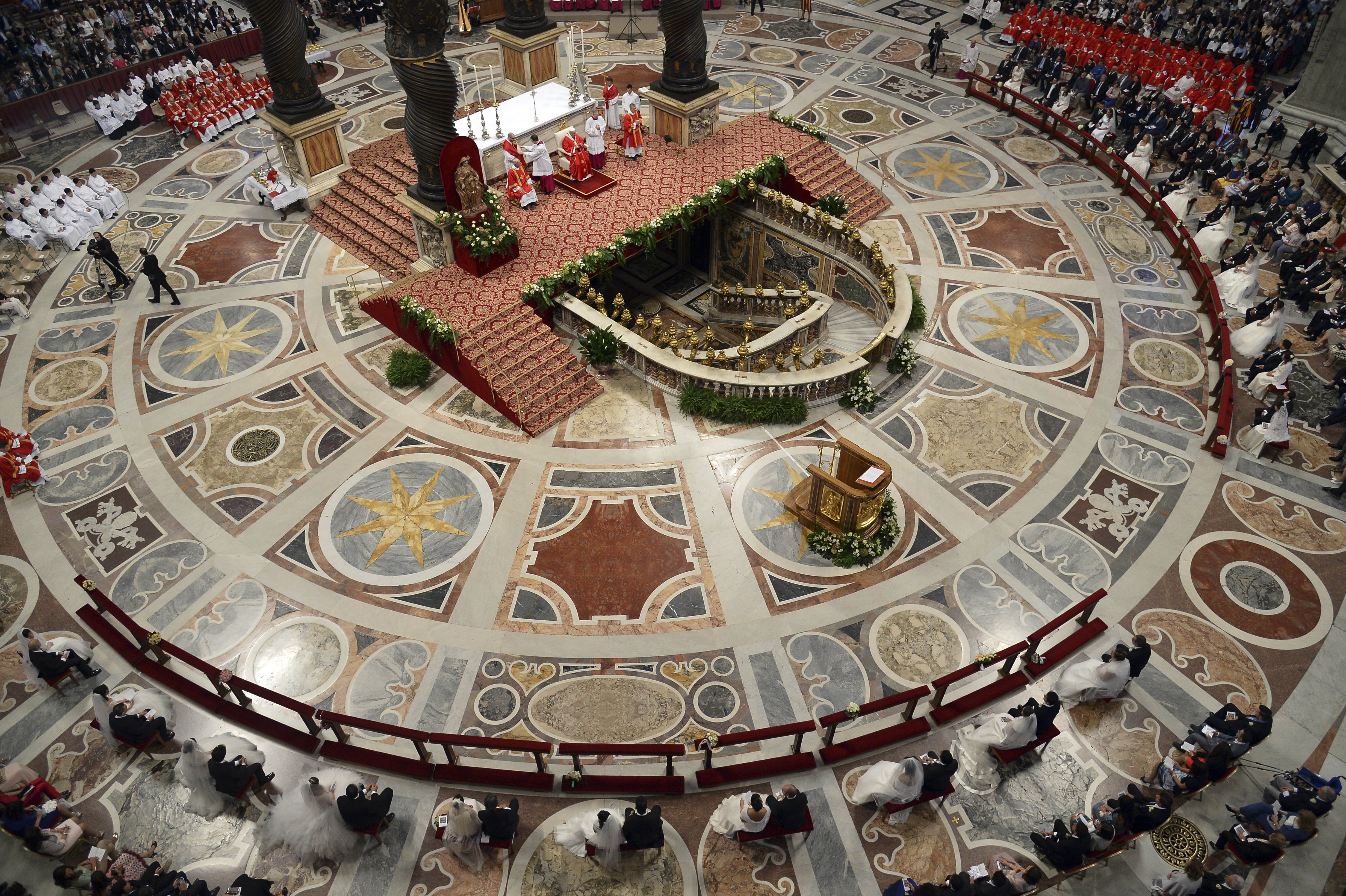 Twenty couples gathered Sunday in St. Peter's Basilica to say "I do" with Catholic Church leader Pope Francis presiding over the nuptials.

But as CBS News correspondent Don Dahler reports, the ceremony raised some eyebrows because, according to the church, some of the couples Pope Francis wed were technically living in sin.

Many had been living together prior to getting married, which is forbidden in Catholicism. Some even have children.

But none of that mattered to Pope Francis, who has been more progressive with his views of the church and its relationship with the modern world.

"Lots of people feel alienated from the church, they don't feel welcome there," said Candida Moss, theologian professor at the University of Notre Dame.

The mass wedding is another example of how progressive Pope Francis has been during his tenure as the leader of the Roman Catholic Church. It was the first time he led a group wedding since he was elected 18 months ago. Some say it's a sign that the pope wants the Catholic Church to be more inclusive.

The symbolic ceremony comes just weeks before the Synod of Bishops, a major meeting on issues of the family. There, catholic leaders are expected to discuss everything from marriage to divorce and even contraception.

They're also expected to discuss the issue of allowing divorced parishioners to receive communion, something deeply important to Catholics. The Vatican does not allow divorced Catholics to receive the sacrament.

Father Gilbert Martinez is pastor of a Catholic church in New York. He said divorce can end more than the marriage -- it can affect the couple's relationship with their church.

"Their hearts are broken and then they feel like they've been rejected for not being able to receive communion," Martinez said.

That meeting of bishops is set to take place from October 5th through the 19th. Pope Francis' approach of family issues differs greatly from his predecessor, Pope Benedict, who said that threats to traditional family undermine the future of humanity itself.

"They left her to die": New details about woman who died in Nevada jail