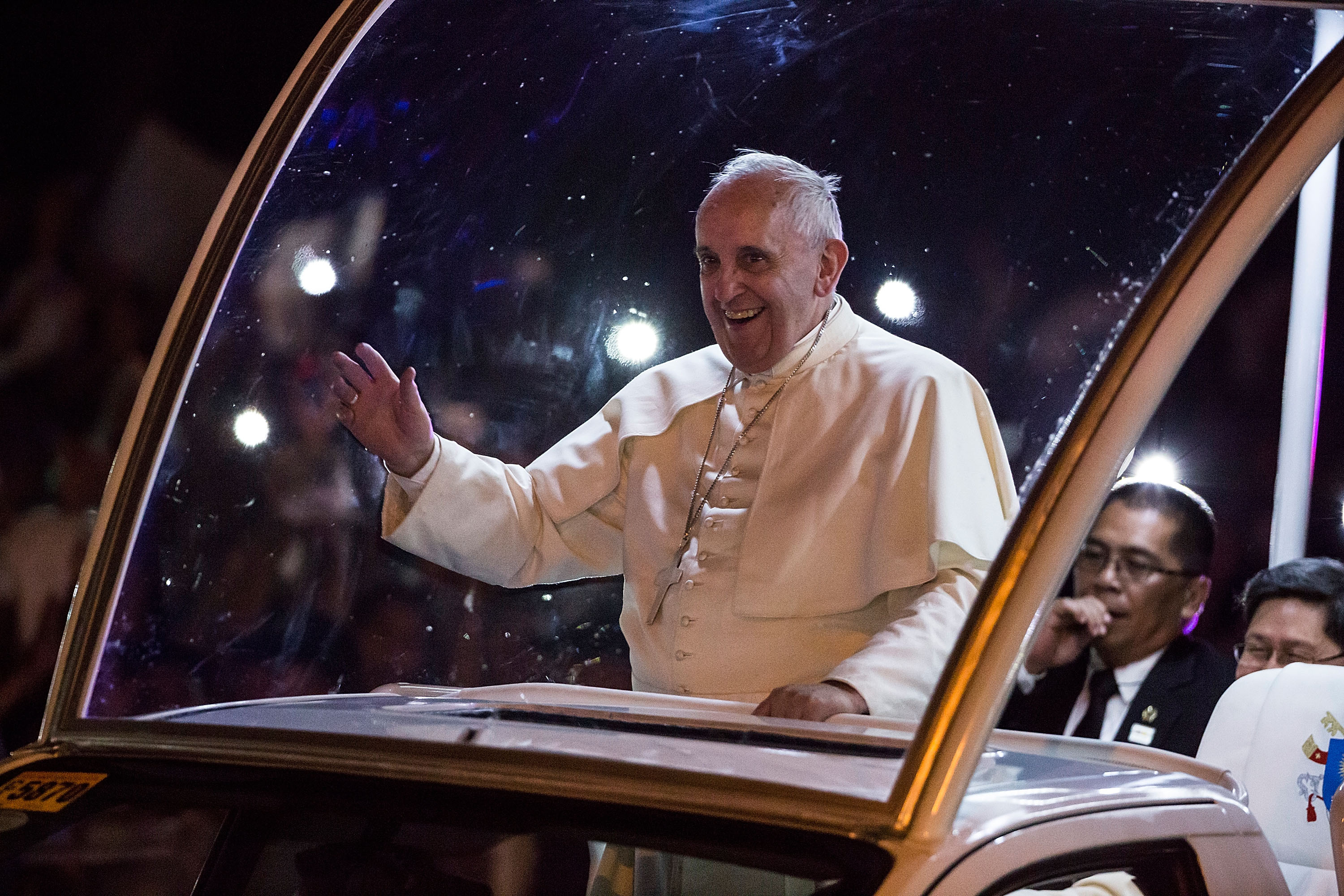 ABOARD THE PAPAL PLANE -- Pope Francis defended freedom of expression and freedom of religion Thursday, calling them both basic human rights.

In the wake of the attack on the satirical magazine Charlie Hebdo in Paris that left 12 people dead, ostensibly in retribution for its depictions of the Prophet Muhammad, the pontiff was adamant that "one cannot kill in the name of God," but he cautioned against insulting or ridiculing other faiths, saying "there is a limit to free speech."

Many around the world have defended the magazine's right to publish the cartoons, but just as many have questioned whether it was an unnecessarily provocative act.

"One cannot provoke, one cannot insult other people's faith, one cannot make fun of faith," Pope Francis said in response to a question about the Paris terror attacks during a press conference aboard his plane on the way to Manila, Philippines.

He was unequivocal that nothing could justify the massacre in Paris, but suggested the magazine had gone too far.

Using an analogy, the pope said if a dear friend were to utter "a swear word against my mother, he's going to get a punch in the nose. That's normal."

"There are so many people who speak badly about religions, who make fun of them... they are provocateurs. And what happens to them is what would happen to (my dear friend) if he says a word against my mother."

Recently the Vatican issued a declaration -- along with several Muslim leaders -- condemning the attacks in Paris. But the document also called on the media to treat religions with respect.

When a reporter asked whether Pope Francis was worried about his own safety or that of the faithful who gather to see him, he admitted his concern.

"I am worried about the faithful, truly," he said, adding that Vatican security personnel were taking all necessary measures.

Regarding his own safety, he said he does have fears, but also "a dose of recklessness."

In what was perhaps the most personal note of the news conference, Francis conceded that he feared pain.

"I have said to the Lord, 'I only want to ask you one grace; Don't make me feel pain,' because I am not courageous in front of pain. I am very, very timid."

The Argentine pope also announced that during his upcoming trip to the United States in September, he will canonize a U.S. saint, Junipero Serra, an 18th century Franciscan missionary who established the Catholic Church in California.

The Pope will attend the World Day of Families in Philadelphia, and although the rest of his schedule has not been announced, it is widely believed that he will visit the United Nations in New York, and Washington D.C.

The unexpected announcement about Serra has led some observers to believe that he may also schedule a stop on the West Coast of the United States.

Another reporter asked whether the pope believed humans were responsible for climate change.

"I don't know about all of it, but for the most part it is man who continually slaps nature around," he said. "We have exploited nature too much. Thanks be to God that today there are voices, so many people who are speaking out about it."

Francis is working on an encyclical -- an important teaching document -- on the environment to be published this summer, before a climate change summit in Paris in December.