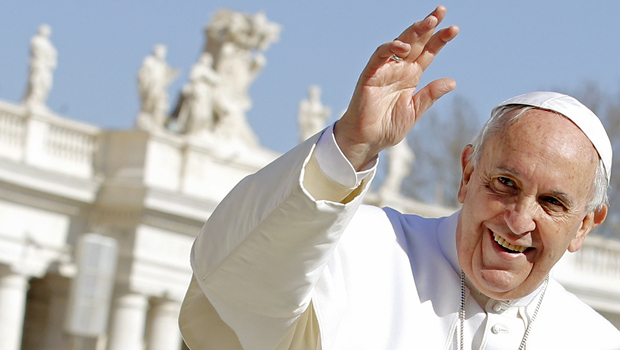 VATICAN CITY -- The Vatican sought Wednesday to defuse a diplomatic tiff with Mexico after Pope Francis referred to the possible "Mexicanization" of his native Argentina from drug trafficking, the latest instance of Francis' casual speaking style getting him into trouble.

The Vatican said it had sent an official diplomatic note to Mexico's ambassador insisting that Francis "absolutely did not intend to offend the Mexican people" with the remark, or to detract from the government's anti-drug efforts.

Francis made the reference in an email over the weekend to an Argentine friend and lawmaker, Gustavo Vera, who is involved in combating the drug trade. He published the pope's email on the website of his Alameda Foundation.

In the email, Francis wrote: "Hopefully we are in time to avoid Mexicanization."

The Mexican government formally complained about the remark during a meeting with the Holy See's ambassador to Mexico and in a note of protest, saying the government was committed to battling drug cartels and that there was no benefit to "stigmatizing Mexico."

In a statement Wednesday, the Vatican said the pope's words were contained in a personal, informal email to Vera and that Francis had merely repeated a phrase that Vera had used.

"The pope intended only to emphasize the seriousness of the phenomenon of the drug trafficking that afflicts Mexico and other countries in Latin America," said the Vatican spokesman, the Rev. Federico Lombardi. "It is precisely this importance that has made the fight against drug trafficking a priority for the government."

It's not the first time that Francis' frank way of communicating has caused the Vatican a headache.

In January, Lombardi had to explain that the pope wasn't justifying violence when, in response to the Paris terrorist attacks against satirical magazine Charlie Hebdo, Francis said that someone who insults his mother could expect "a punch" in return.

Francis did his own damage control after he quipped that Catholics don't need to breed "like rabbits," subsequently praising big families as a gift from God in a public audience.