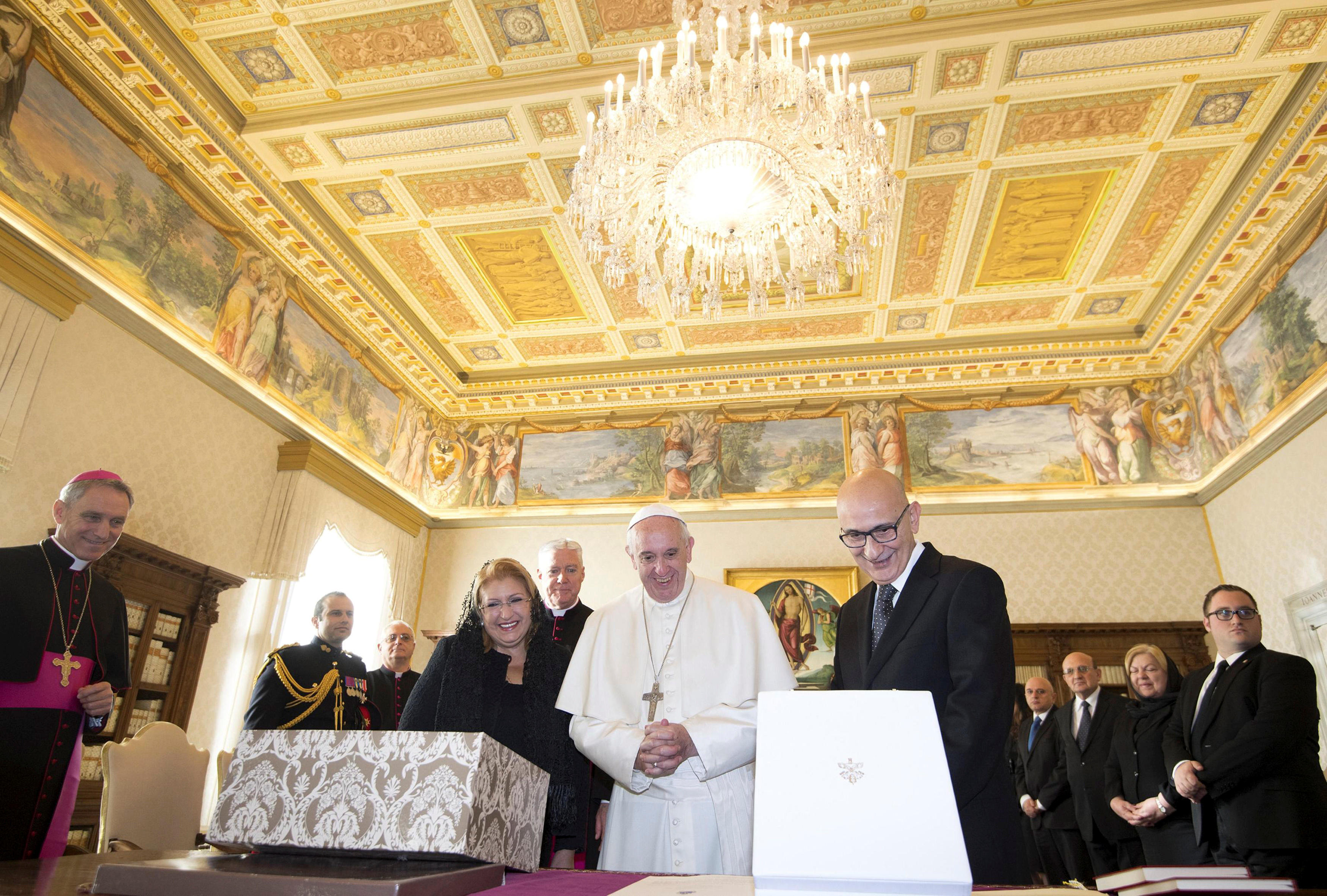 VATICAN CITY -- Pope Francis celebrated an active if low-key 80th birthday on Saturday, sharing breakfast with eight homeless people before celebrating Mass with cardinals as greetings flowed in from around the world.

The pope chatted individually with each of the homeless guests - four Italians, two Romanians, a Moldovan and a Peruvian - at the Vatican hotel where he resides, and shared Argentinian cakes with them before heading to Mass, the Vatican said.

The guests offered the pope a bouquet of sunflowers. They were invited from among those staying around St. Peter’s Square and at nearby showers for the homeless established by the pope’s almsgiver.

Speaking to the cardinals, Francis contemplated the aging process, telling them, “For some days now, I have had in mind a word that seems ugly: Old age, a thought that frightens.” But then he recalled his words during his first papal greeting in 2013, when he said: “Old age is the thirst for knowledge.”

Saturday is a working day in the Vatican, and Francis kept up his usual pace, meeting also with Malta’s president and holding an audience with members of Nomadelfia community, a secular group whose lifestyle emulates early Christians, who sang “Happy Birthday.”

The Vatican set up seven email addresses so people can send birthday wishes in multiple languages, Vatican Radio reports. The address for English-language messages is Popefrancis80@vatican.va, while six others allow well-wishers to reach out in Latin, Spanish, Portuguese, Italian, French, German and Polish.

Greetings have arrived from all corners of the globe in the form of both personal messages and succinct tweets with the hashtag #Pontifex80.

On Saturday, the pope tweeted, “I thank you all for your kindness. Please do not forget to pray for me.”

President Obama said Francis “has inspired people around the world with his message of compassion, hope and peace,” while Italian President Sergio Mattarella recalled that the pope has called on Europeans to show solidarity with the less fortunate, in particular “migrants and all those who live at society’s margins.”

The pope has sent enough birthday cakes for 1,500 people to kitchens serving the poor and homeless in Rome.