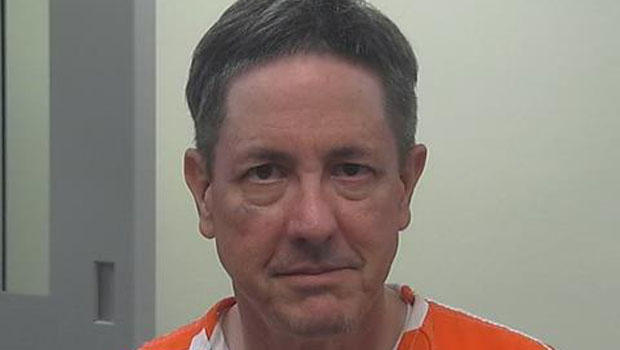 SALT LAKE CITY -- A polygamous sect leader recaptured after a year on the run has accepted a plea deal in an escape and food-stamp fraud case.

Lyle Jeffs pleaded guilty to two felony charges Wednesday in an agreement that also called for him to pay $1 million in restitution.

Jeffs is facing between three and five years in prison at a sentencing hearing set for Dec. 13. He was charged in what prosecutors call a multimillion-dollar food-stamp fraud scheme as well as his escape from home confinement.

Jeffs was awaiting trial in the food-stamp case when he slipped off his ankle monitor and escaped in June 2016.

He pleaded guilty to conspiracy to commit benefits fraud and failure to appear. Prosecutors dropped a money-laundering count.

Jeffs was recaptured in South Dakota this summer after pawning two pairs of pliers while apparently living out of his pickup truck. Pawn-shop workers tipped off the FBI, and he was arrested in a lakeside area near the South Dakota-Nebraska border.

He had been in the area for about two weeks, running low on resources and struggling without the help of fellow sect members after falling out with his brother Warren Jeffs, who runs the group while serving a life sentence in Texas for sexual assault of underage brides, the FBI has said.

Lyle Jeffs was one of 11 members of the polygamous group charged in the case in February 2016. Prosecutors said food-stamp benefits were funneled to pay for things like a tractor and a truck. Lyle Jeffs was the highest-ranking member of the group to face charges and was accused of orchestrating the scheme. A trial had been set for Oct. 23.

The other defendants have agreed to plea deals or seen the charges dismissed. Critics of the secretive sect have been frustrated that none of the others have served prison time.

Lyle Jeffs was charged with felony counts of benefits fraud and money laundering that carried possible 5- and 10-year sentences. He was also charged with a failure-to-appear count in connection with his time as a fugitive that carried a possible sentence of up to 10 years in prison.

The group, known as the Fundamentalist Church of Jesus Christ of Latter Day Saints, is based in a small community on the Utah-Arizona border. Members of the sect believe polygamy brings exaltation in heaven. The group is an offshoot of mainstream Mormonism, which disavowed polygamy more than 100 years ago.