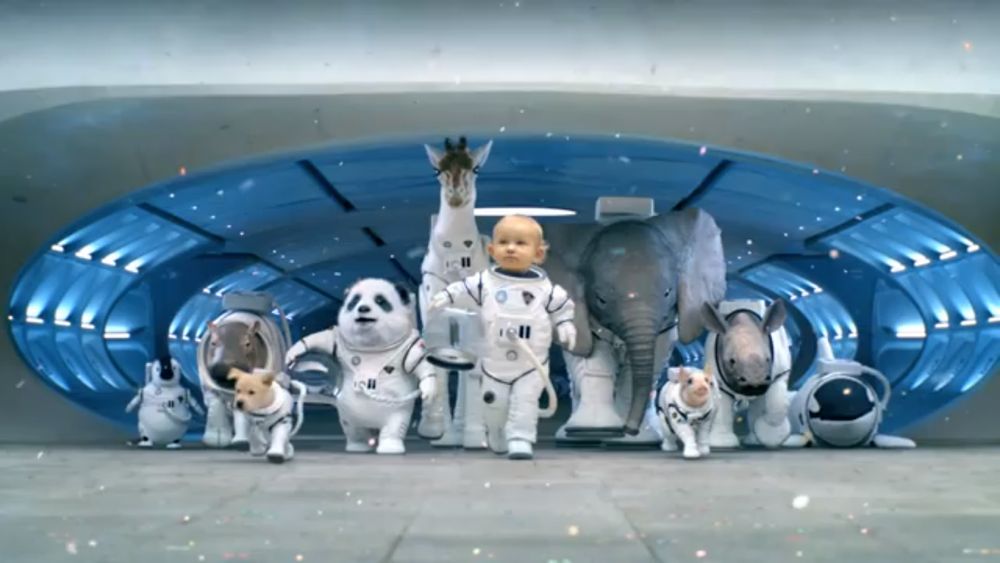 Click through our gallery of the choicest commercials from Sunday's Super Bowl broadcast.

Then, take our poll below and tell us, which ad wins as this year's most memorable Super Bowl commercial?

The automaker posted its Super Bowl ad online with three alternate endings; you had to sit through the big game to find out which version "won" out.

Few professions are as important as lifeguard, or as apt to impress a damsel in distress.

The ad links to Axe's sweepstakes in which one lucky person will win a trip to space aboard a private spacecraft.

The star of "Parks & Recreation" is no slouch when making queries of the tech store's blue-shirted staff.

Stevie Wonder stars in this tale of New Orleans, voodoo, and the passion of true football fans.

The beermaker's latest ad based on its iconic Clydesdales features a foal just 7 days old during the commercial's shoot.

This desert race to reach a cola mirage is a battle supreme among cowboys, Vegas showgirls, and extras from "The Road Warrior."

Coca-Cola posted a teaser online and asked viewers to vote for which they wanted to see claim the cool refreshing beverage at the end.

A fan-made finalist of Doritos' "Crash the Super Bowl" contest.

Hyundai ad leaves revenge in the mind of the beholder. The commercial as aired ended on a more pointed note.

It looks like a dream had by Michael Bay after he passes out at a day care center. But babies, cuddly animals and space travel sound like sure-fire ingredients for selling cars.

To a wistful young man eyeing Mercedes Benz's CLA executive sedan, Willem Dafoe's Mephistophelean pact -- one's soul for a luxury car -- might seem like a good deal, but is it?

Dwayne Johnson. a.k.a. The Rock, is a man with a mission, and he won't let bank robbers, ferocious animals or circus clowns get in his way.

Youth is wasted on the young? Not when these residents of a retirement home make a break for a night of revelry. And what would such debauchery be without a stop at Taco Bell?

Kaley Cuoco of "The Big Bang Theory" is a genie who will grant your every wish, even if it has nothing to do with a Toyota RAV4 (though wheels certainly help).

Why the long face, mon? It's just a Monday, nothing to get morose about -- as the Jamaican-tongued character in this VW ad will attest.

Despite some grousing from critics who thought the spot racist, Jamaica's Minister of Tourism and Entertainment, Dr. Wykeham McNeill, said that he was (perhaps unsurprisingly) just fine with it: "I urge persons all across the globe to do exactly what the commercial portrays, which is to tap into your inner Jamaican and 'get happy.'" We hear ya!

EDITOR'S NOTE: Many, many comments posted below expressed a preference for Ram Trucks' commercial featuring narration by the late radio commentator Paul Harvey ("So God made a farmer") that evoked the resilience of farmers. It was indeed a very moving ad, but as it was a remake of a viral video posted online by Farms.com in 2011, which featured Harvey's same narration and still images of farmers (click here to view the original), it was deemed ineligible for this poll.