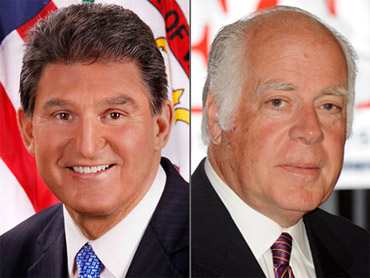 If Republicans had hoped to make the West Virgina Senate race a referendum on President Obama, they probably won't want to hear what voters there had to say.

The campaign was full of mud in the coal-rich state.

"Washington Joe does whatever Obama wants," a blue collar guy says in one Republican-funded ad. Another ad accused Manchin of throwing West Virginia "under the bus."

For his part, Raese questioned the minimum wage (bad move in West Virginia) and bragged that he was a Tea Partier before the Tea Party movement existed, whatever that means.

In the end, West Virginians appear to have chosen for Senate the man they have long approved of as governor.

For full coverage of all the races and projected winners read our live blog now.