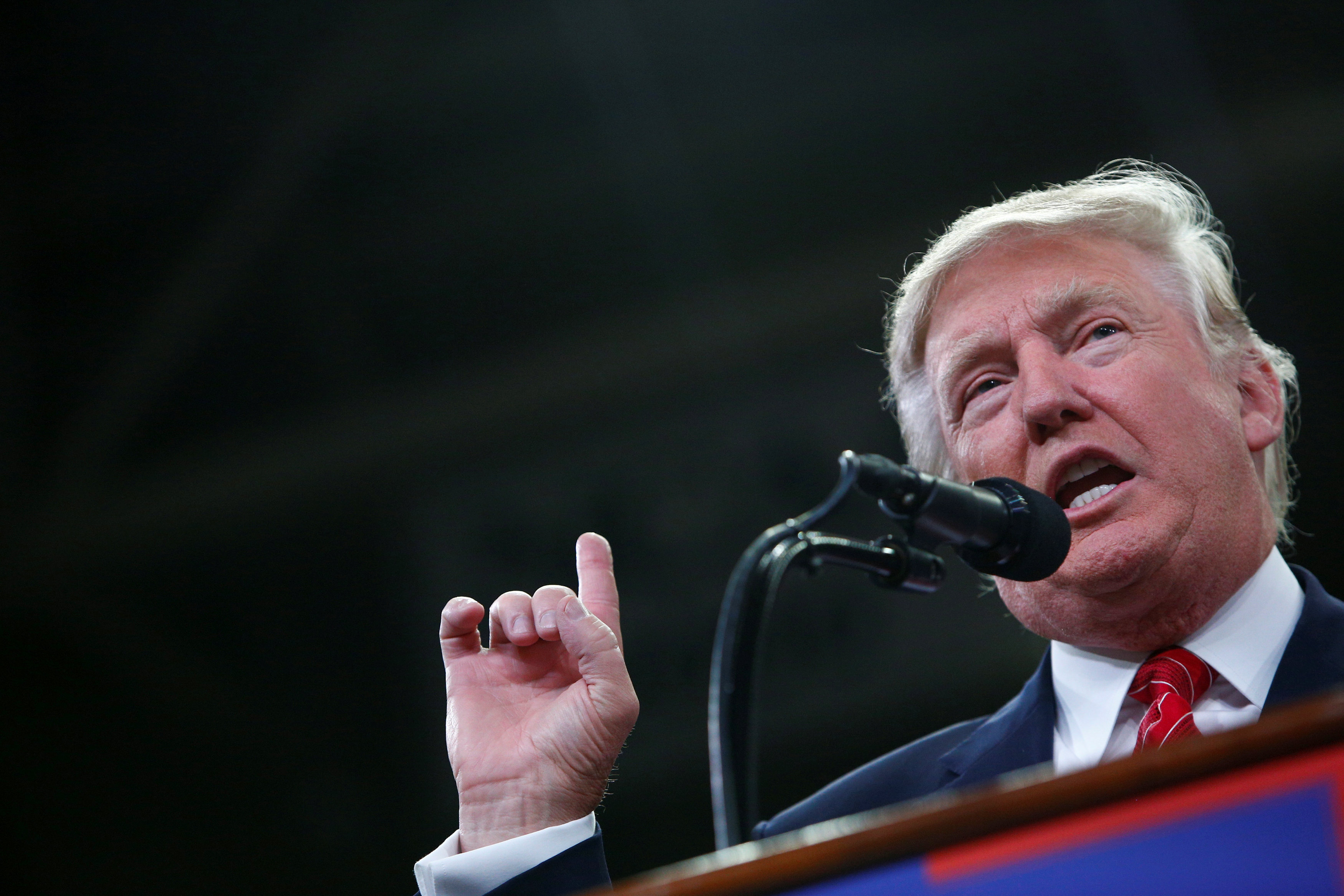 More than two-thirds of Republicans want Donald Trump to stay in the presidential race, according to a Reuters/Ipsos poll released Wednesday.

Forty-four percent of all registered voters, the poll found, said they want Trump to drop out of the race.

The poll also found that more than half of Americans, 53 percent, have an unfavorable view of Clinton.

These latest numbers come out a day after Trump came under fire for a remark he made Tuesday at a rally in North Carolina in which he said "Second Amendment people" could do something about Hillary Clinton choosing Supreme Court justices if she's elected president.

"If she gets to pick her judges, nothing you can do, folks," Trump said at a rally in Wilmington. "Although the Second Amendment people ... maybe there is, I don't know."

Some thought that Trump was promoting violence with this statement.

But a Trump adviser quickly dismissed that interpretation on Tuesday afternoon, and Trump himself eventually commented on the blowback in an interview that aired in the evening on Fox News and blamed the media.

"It was amazing because nobody in that room thought anything other than what you just said. This is a political movement. This is a strong, powerful movement, the Second Amendment," Trump said. "You know, Hillary wants to take your guns away. She wants to leave you unprotected in your home."

"I mean, give me a break," Trump added, before denouncing the "dishonest" media. "What it is, is there's a tremendous power behind the Second Amendment. It's a political power, and it -- there are few things so powerful, I have to say, in terms of politics."