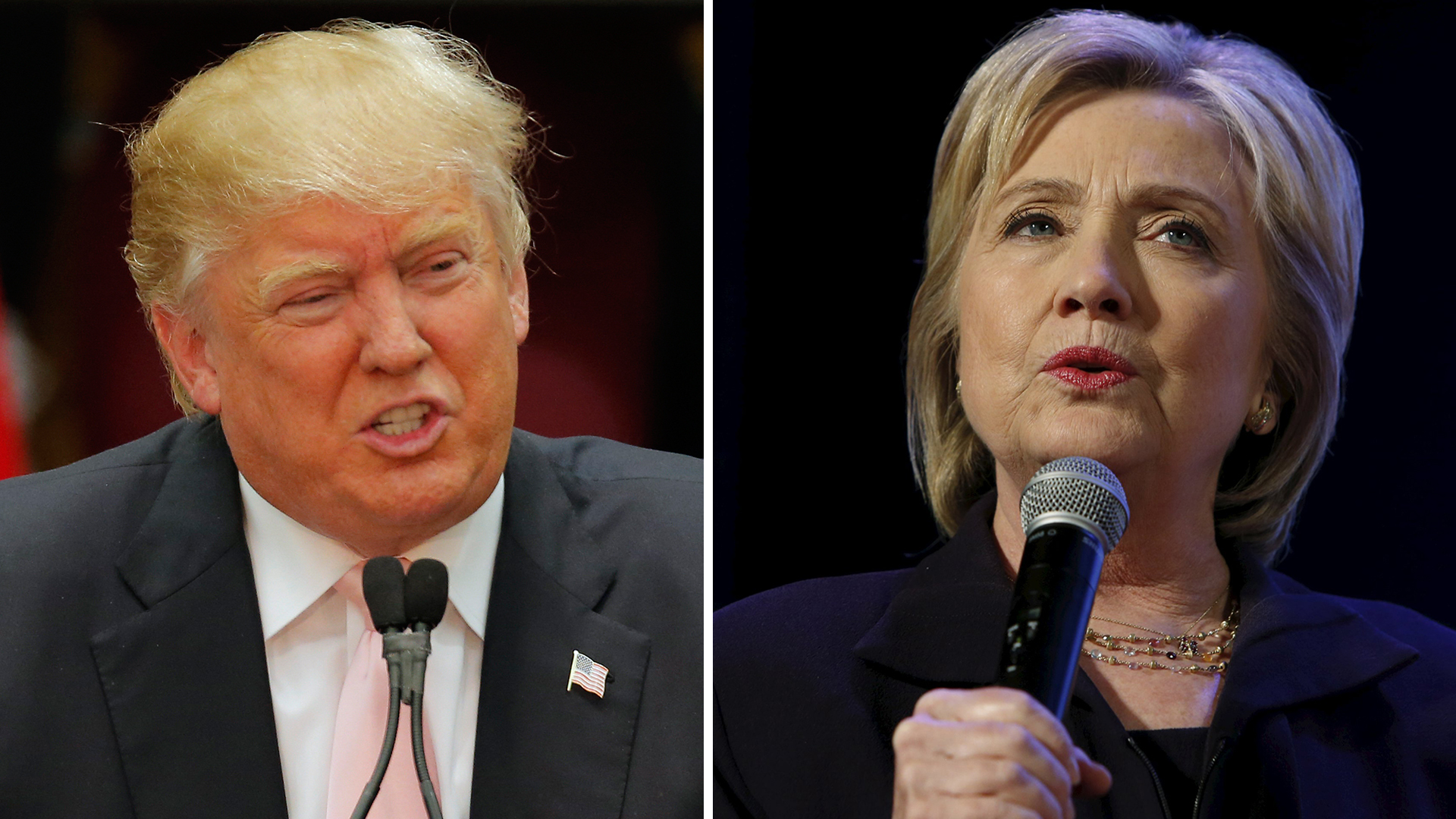 Even if front-runners Hillary Clinton and Donald Trump pick up victories in Tuesday night's East Coast primaries and increase their delegate leads, both candidates would face challenges in uniting their respective parties in the general election, a new poll found.

The survey, out Tuesday from USA Today/Suffolk, found that four in 10 Republicans said they aren't sure they'd vote for Trump if he's the GOP nominee, and instead might vote for the Democrat, a third-party candidate or maybe not vote at all. Among Democrats, the figures are similar: four in 10 Sanders supporters say they aren't sure they'd vote for Clinton.

It's likely some of those voters could change their minds once the nominee is in place: many Clinton supporters in 2008, for example, vowed they wouldn't vote for President Obama in the general election but ended up supporting him when the time came. But the poll underscores how deep some of the divisions are in this year's contests.

In the Democratic primary, Clinton leads Sanders by 5 points, 50 percent to 45 percent (5 percent are undecided. That lead has narrowed from 10 points in February, when the last USA Today/Suffolk national poll was conducted. Despite Clinton's lead and her delegate advantage, 54 percent of Democratic primary voters said Sanders should continue his campaign until the convention in July -- and 61 percent of Sanders supporters think Clinton should make the Vermont senator her vice presidential pick if she wins the nomination.

On the GOP side, Trump leads the pack with 45 percent, followed by Texas Sen. Ted Cruz at 29 percent and Ohio Gov. John Kasich at 17 percent. Nine percent of GOP voters nationally said they are undecided in the race.

Giving credence to Trump's argument, seven in 10 Trump supporters say the candidate who gets the most delegates, even if it's short of a majority, should win the nomination. Only one in four Kasich and Cruz supporters say the same, according to the poll.

Kasich, as he has argued frequently in recent weeks, is the only GOP candidate in the poll to defeat the Democratic candidates, though a matchup would be close. He'd top Clinton by 5 points (46 percent to 41 percent) and Sanders by just 1 point (44 percent to 43 percent).