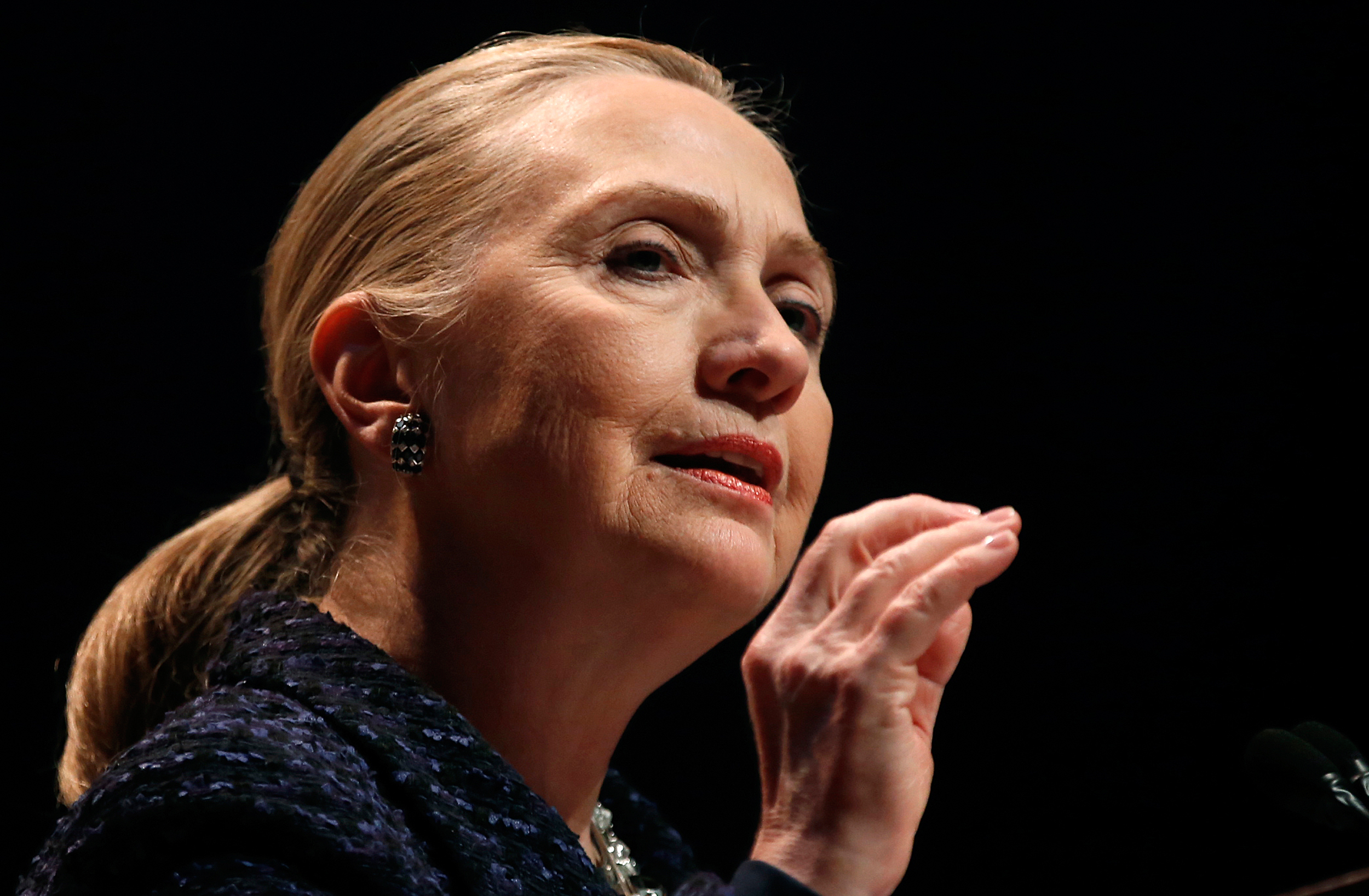 She left the White House months ago, but former Secretary of State Hillary Clinton is still be dogged by the ongoing controversy surrounding last year's terrorist attacks in Benghazi, according to a new poll.

The Bloomberg News survey, conducted between May 31 and June 3 among 1,002 U.S. adults, show Clinton's favorability rating at 58 percent -- still higher than President Obama's 53 percent favorability rating in this poll, but down 12 percent from December, when 70 percent of adults said they viewed her favorably.

The poll also showed a bump in Clinton's negative ratings: The number of adults who said they viewed her very unfavorably doubled from 11 percent to 22 percent between December and May.

Three in four Democrats and about a third of independents support Clinton, according to Bloomberg.

But more people disapproved (47 percent) than approved (34 percent) of the way she handled the attacks in Benghazi.

Clinton has had consistently high approval ratings since becoming secretary of state in 2008, and she has topped a number of early 2016 polls. But the extent to which the Benghazi controversy has the power to damage her future prospects remains unclear.

According to a recent CBS News poll, most Americans think (53 percent) the administration is mostly hiding something when it comes to the Benghazi attacks. Fifty-nine percent of Americans say they are following news about the investigations into the Obama administration's handling of the attacks in Benghazi at least somewhat closely.