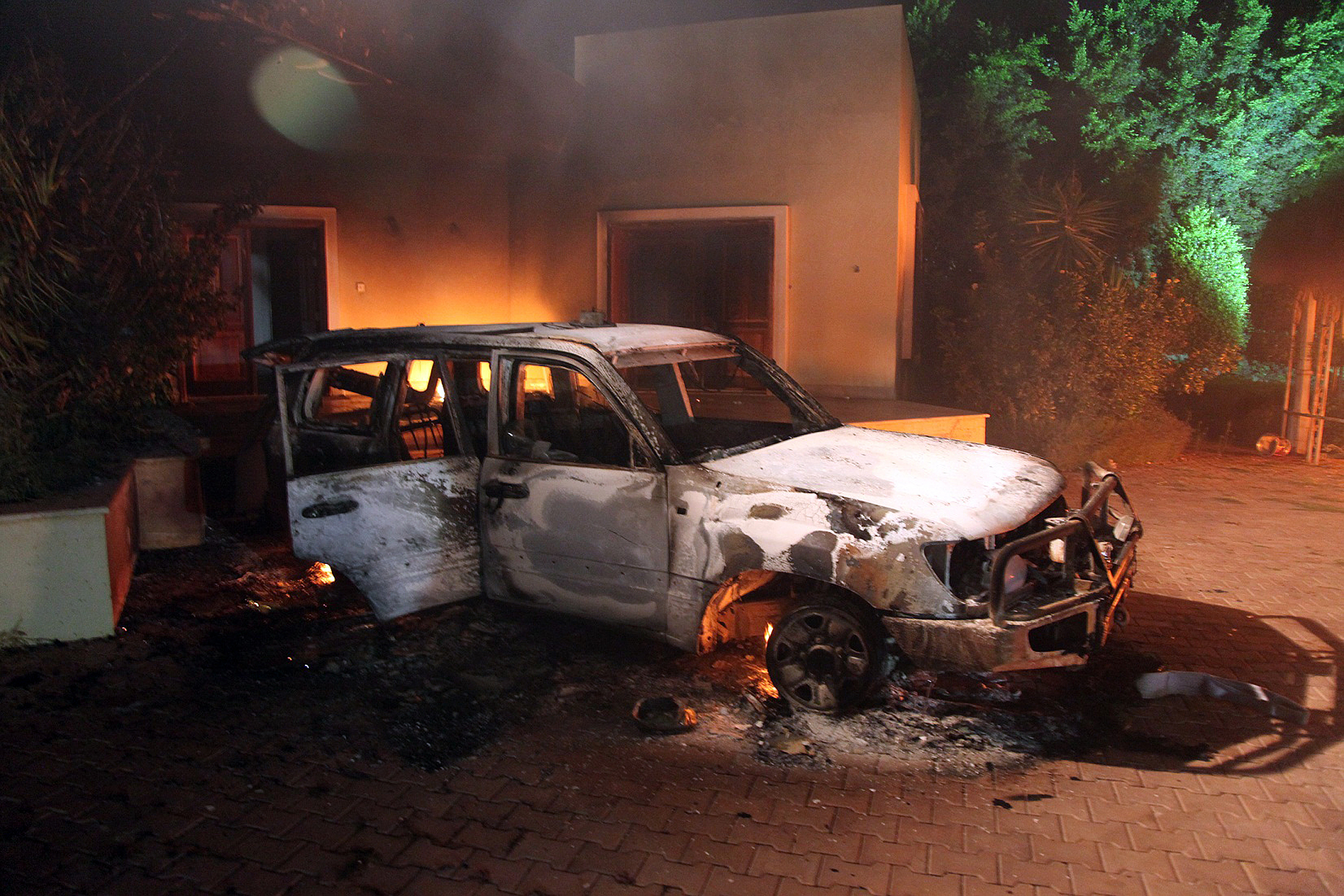 A majority of Americans (59 percent) say they are following news about the investigations into the Obama administration's handling of the attacks in Benghazi at least somewhat closely, including a quarter who are following it very closely - though Republicans and independents are following the issue more closely than Democrats.

The Threat of Terrorism, the Drone Program, and Guantanamo Bay

In the wake of President Obama's speech on national security, more Americans continue to think President Obama's policies have made them safer (36 percent) rather than less safe (28 percent) from terrorism. The percentage that says less safe is up from 2011, the last time the poll asked the question, and has returned to where it was in 2010.

Specifically, Americans continue to show widespread support for the use of unmanned drones to carry out attacks against suspected terrorists in foreign countries. Seven in 10 Americans favor the practice, including majorities of Republicans, Democrats, and independents.

The public more divided on another controversial measure: whether or not the U.S. should target and kill American citizens in foreign countries who are suspected of carrying out terrorist activities against the U.S. While 50 percent favor this practice, 43 percent are opposed.

Meanwhile, the military prison at Guantanamo Bay, which President Obama had advocated closing, still finds support among the American public. Fifty-eight percent would prefer it stay open. However, this has often been a source of partisan divisions: Republicans are more likely to want it in operation, while more Democrats want it closed.

As a new kind of destructive warfare, cyber-attacks against computer systems, has recently made headlines, two-thirds say the danger is very serious, and nearly all say it is at least somewhat serious.

And most say the U.S. isn't prepared to deal with cyber-attacks.

Americans would also prefer the U.S. not engage in this kind of warfare against other nations.

Americans continue to see both North Korea and Iran as a threat, but ones that can be contained without military intervention. Six in 10 say so, while one in five don't see either as a threat at all. Less than one in five thinks either country is a threat that requires military action now.

But most Americans would support military against Iran in order to prevent it from producing a nuclear weapon.

The Conflict in Syria

As the violence continues in Syria, six in 10 Americans continue to say the U.S. does not have a responsibility to get involved there. Reluctance to get involved has not changed substantially as the conflict has dragged on. Most Republicans, Democrats and Independents agree.

In general, Americans don't see a lead role for the U.S. in solving international conflicts. This is different from 10 years ago, in the early says of the Iraq War, when Americans were more divided on this principle.

There is more partisan agreement than disagreement on this. Though Republicans are a little more likely than Democrats to support an involved international role for the U.S., most of them don't think the U.S. should take the lead in international conflicts.