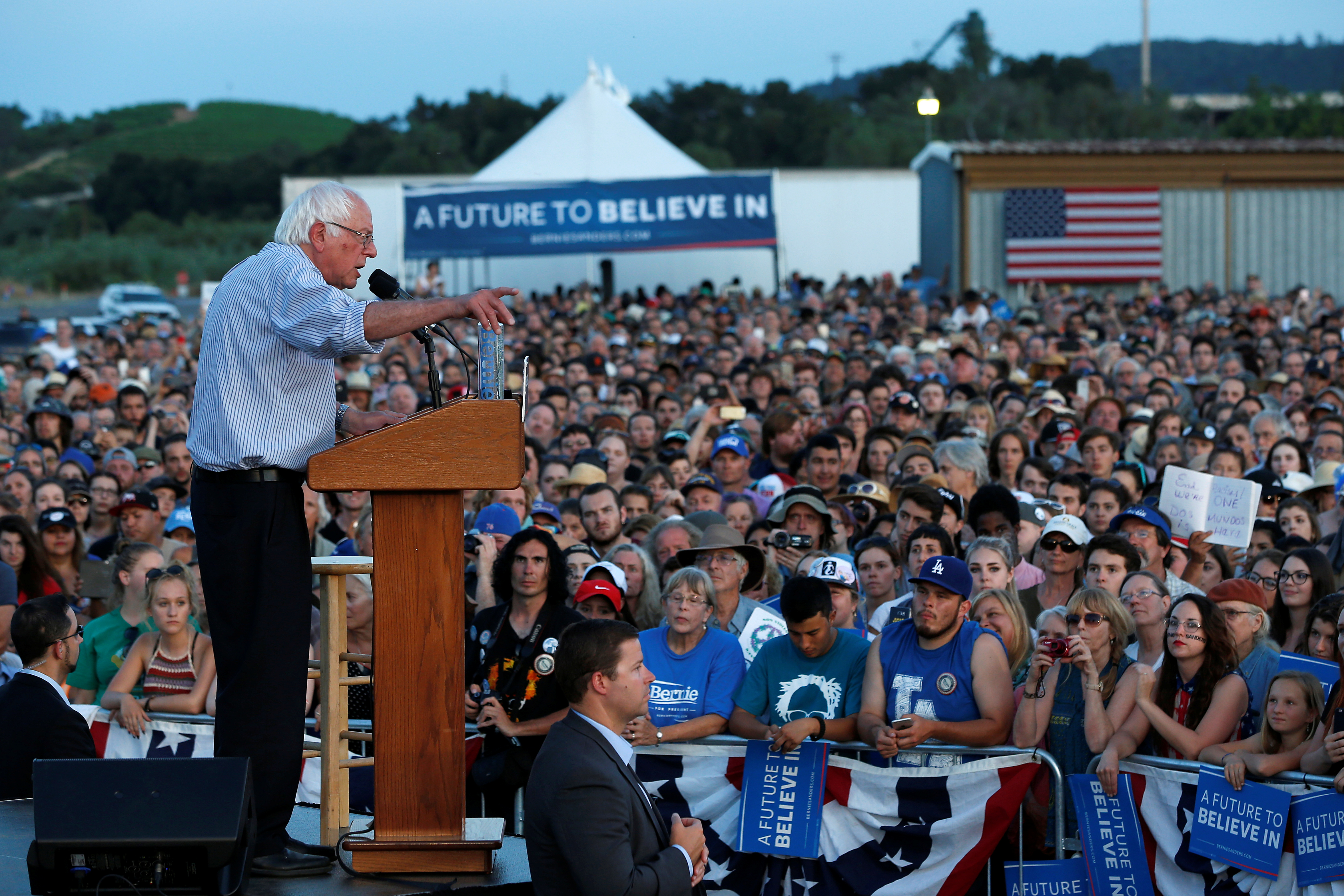 Sen. Bernie Sanders is the politician who received the highest favorability rating among people in the U.S. in a new  Harvard-Harris poll.

The survey found that 57 percent of the public view the Vermont independent favorably while 32 percent said they view Sanders unfavorably. Hillary Clinton defeated Sanders in the Democratic primary for president last year. The next two most popular politicians among the public are Vice President Mike Pence and President Trump -- each with 44 percent viewing them favorably.

On the other end of the spectrum, Mr. Trump’s chief strategist at the White House, Stephen Bannon, received the lowest favorability rating with only 16 percent viewing him that way.

The poll also asked about the president’s decision to authorize U.S. missile strikes earlier this month against the Syrian regime in response to a deadly chemical attack in the country. Sixty-three percent said they approve of the strikes and 37 percent said they disapprove.

The poll surveyed 2,027 registered voters between April 14 and 17, but Harvard-Harris uses a methodology that don’t produce a regular margin of error.