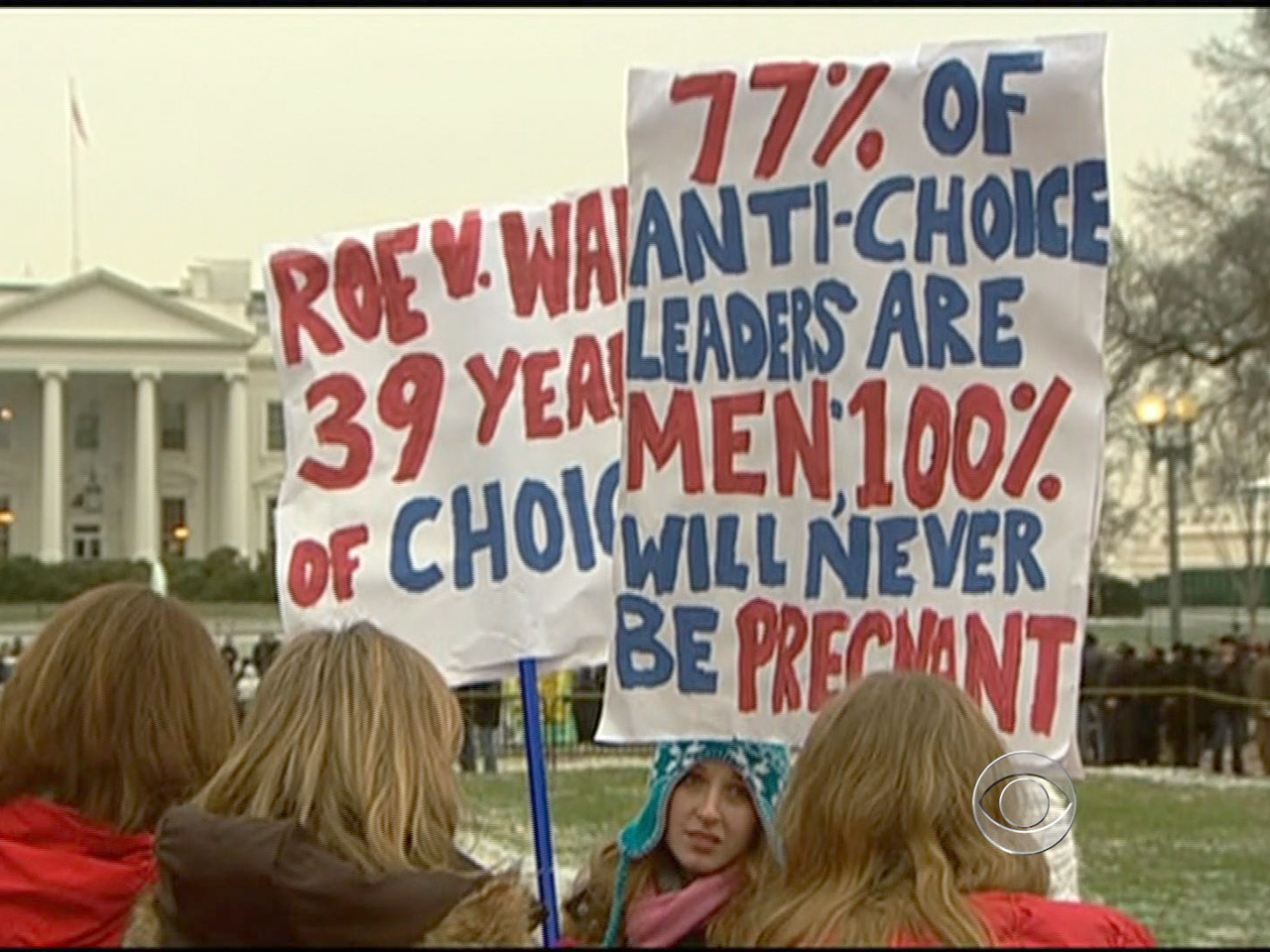 (CBS News) The issue of abortion rights was thrust into the spotlight this month after the Republican Senate candidate Todd Akin made some controversial remarks on the matter. A new CBS News poll, however, shows that most voters, Democrats and Republicans alike, are willing to look past the issue when it comes to supporting a political candidate.

As many as 57 percent of registered voters say it's possible they would vote for a candidate that disagreed with them on the issue of abortion, according to the poll, conducted Aug. 22-26. Thirty-four percent said they could not support such a candidate.

Women who won't do so are more likely to be Democrats and to think abortion should be allowed in all cases or with greater restrictions.

Men and women generally hold similar views on abortion, but women are more likely than men to say abortion should be allowed in all cases. There are striking differences by political party: Democrats are more inclined to think abortion should be available, while Republicans think it should be restricted to cases of rape, incest, and to save the woman's life or not permitted at all.

As for Akin, more than half of voters say they have read or heard about the comments he made regarding rape and abortion, including 35 percent who have heard or read a lot. Akin has come under fire from Republicans and Democrats alike after suggesting that it's uncommon for women to become pregnant as a result of rape. Akin has apologized, but Republican leaders have nevertheless urged Akin to abandon his Senate bid.

This poll was conducted by telephone from August 22-26, 2012 among 1,218 adults nationwide, including 1,051 registered voters. Phone numbers were dialed from samples of both standard land-line and cell phones. The error due to sampling for results based on the entire sample and the sample of registered voters could be plus or minus three percentage points. The error for subgroups may be higher. Percentages may not add to 100% due to rounding. This poll release conforms to the Standards of Disclosure of the National Council on Public Polls.