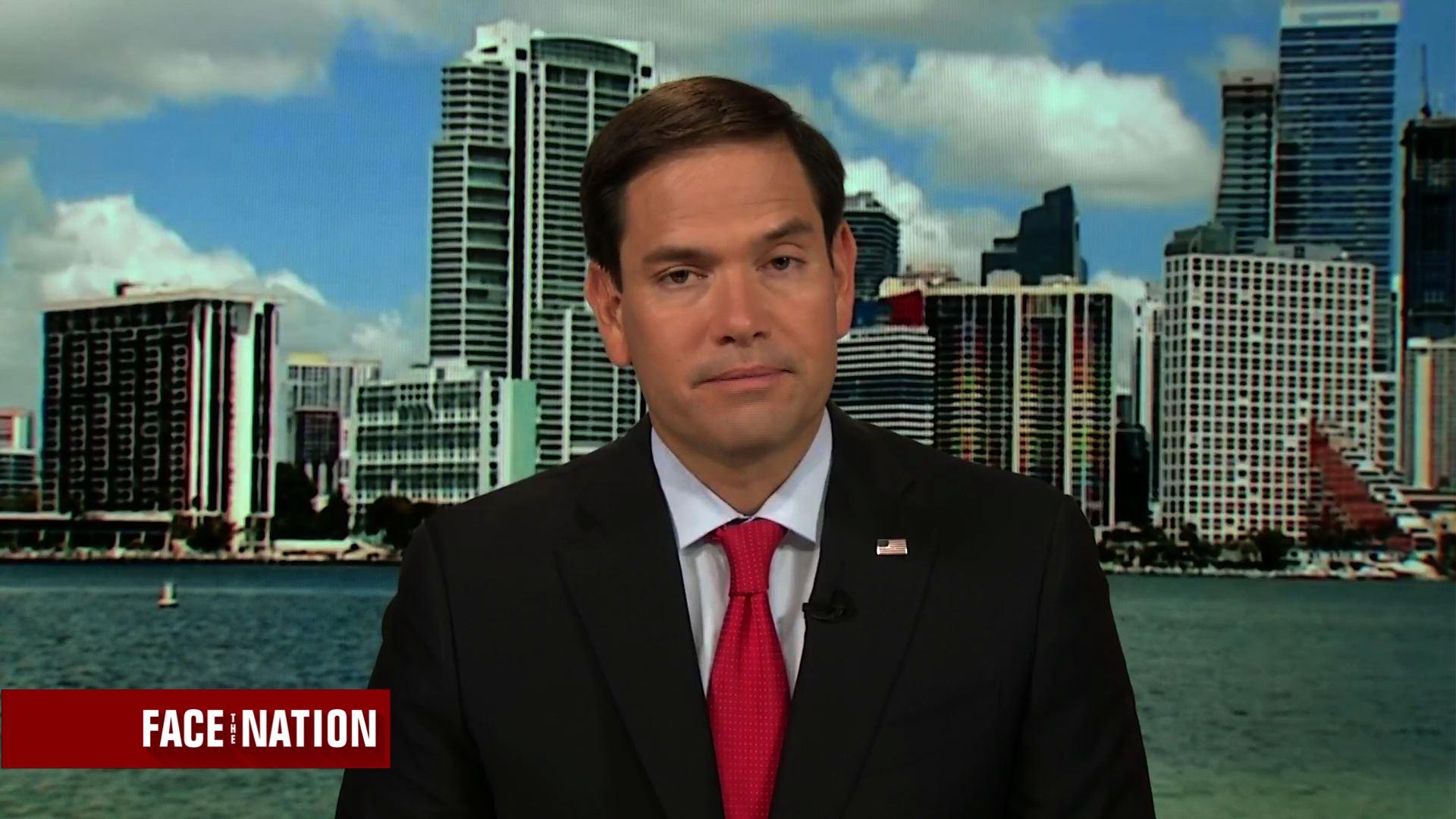 Florida Senator Marco Rubio said Sunday that political "bickering" is consuming time and energy that could instead be spent on the response to the ongoing crisis in Puerto Rico.

"Every minute we spend in the political realm bickering with one another over who's doing what, or who's wrong, or who didn't do right is a minute of energy and time that we're not spending trying to get the response right," Rubio said on "Face the Nation."

"I think everyone involved in the response has things they could have done better," he said. "But right now I hope we'll stay 100 percent focused on what needs to be done to get the people of Puerto Rico help. And then we'll have plenty of time in the future to have these debates about who didn't do the right thing or what could have been done better."

Rubio said that "having lived through four hurricanes, nothing like what Puerto Rico's facing, you know, our desire is to be a voice and a force for positive results, helping people. I truly believe that if we don't get ahead of the curve there bad things are going to happen."

Rubio's comments came as President Trump continued to defend his administration's response to the devastation in Puerto Rico in the aftermath of Hurricane Maria.

"We have done a great job with the almost impossible situation in Puerto Rico," Mr. Trump tweeted Sunday, adding, "Outside Fake News or politically motivated ingrates ... people are now starting to recognize the amazing work that has been done by FEMA and our great Military."

San Juan Mayor Carmen Yulín Cruz has criticized the administration's response, saying it was "killing us with the inefficiency."

On Saturday, Cruz told CBS News' chief medical correspondent Jon LaPook that "if the supply chain of aid is not constant, is not properly administered, is not properly replenished, then the business of saving lives will go bankrupt."

The president fired back at Cruz on Saturday. "Such poor leadership ability by the Mayor of San Juan, and others in Puerto Rico, who are not able to get their workers to help," he tweeted.

While Rubio told CBS News on Sunday that the manner in which the federal government responded to the storm was no different from the response in Texas and Florida, the fact that aid has yet to reach Puerto Rican citizens is due to the government of Puerto Rico being a victim itself.

"There are 78 municipalities. Some of those mayors themselves couldn't communicate with San Juan. And even if they could, and even if you could get to them and deliver aid to those mayors, they didn't have enough municipal employees to be able to deliver the aid. Or they didn't have the resources like fuel, or vehicles, or even drivers in many cases. So they recognized that a few days later," he said.

Rubio also said the aid distribution systems in the area were "broken" as a result of the storm, something he says only the Department of Defense could reestablish.

"From the time you make a decision to make a change to the time you start to see its impact takes a number of days," Rubio said. "And hopefully we are now at that point in time where we're going to begin to see some measurable progress."

The Republican senator said that the greatest concerns for him are the hospitals.

"So I know that FEMA and I know that emergency responders are aware of this and are trying to address it at the front end. But that's something to keep an eye on," he added.

Full transcript of "Face the Nation" on July 11, 2021
Emily Tillett