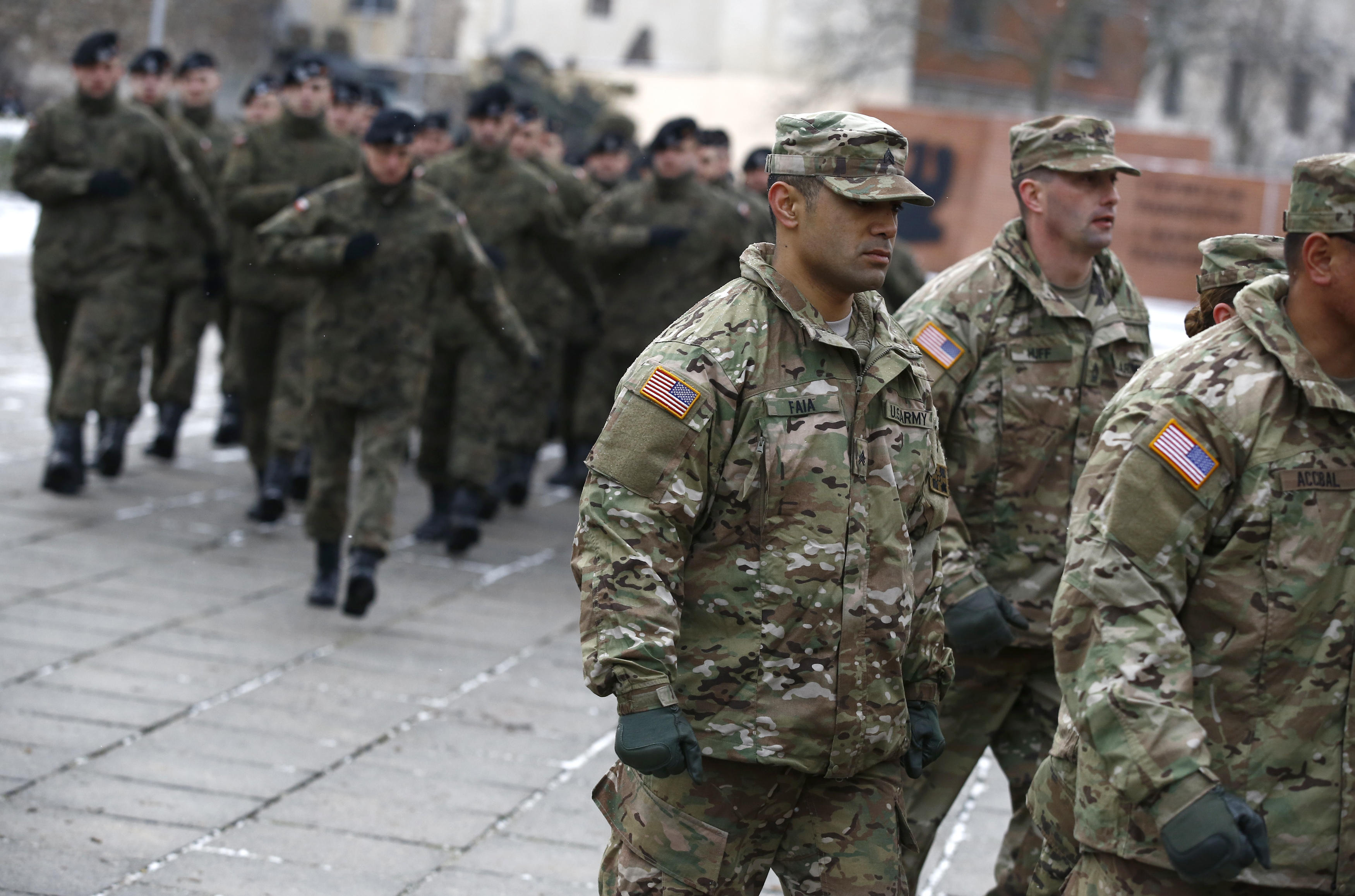 WARSAW, Poland -- Polish leaders welcomed U.S. troops to their country Saturday, with the defense minister expressing gratitude for their arrival and calling it the fulfillment of a dream Poles have had for decades.

The ceremony in the western Polish town of Zagan comes some 23 years after the last Soviet troops left Poland. It marks a new historic moment -- the first time Western forces are being deployed on a continuous basis to NATO’s eastern flank. The move has infuriated Moscow.

The American deployment includes an armored brigade of 3,500 American troops from Fort Carson, Colorado. It comes in reaction to Russia’s annexation of Crimea from Ukraine in 2014 and its backing of separatist insurgents in Ukraine’s east.

Those actions have frightened many in Poland, the Baltic states and other countries in Eastern Europe that were once under Moscow’s control. CBS News correspondent Elizabeth Palmer reported that the display of military might is meant, in large part, to reassure America’s nervous allies in Europe that the U.S. military will be there -- standing with them -- against any Russian aggression.

The Polish government organized several other events across the country, including in downtown Warsaw, to welcome the Americans.

“This is an important day for Poland, for Europe, for our common defense,” Prime Minister Beata Szydlo said.

The troops are due to fan out across seven countries from Estonia to Bulgaria for exercises. A headquarters unit will be stationed in Germany. After nine months they will be replaced by another unit.

President-elect Donald Trump could reverse the moves, but CBS News’ Palmer reported that would take months, or even years.

NATO will also deploy four multinational battalions to its eastern flank later this year, one each to Poland and the three Baltic states. The U.S. will also lead one of those battalions.

The deployment of American troops appears to have provoked Russia.

“We perceive it as a threat,” President Vladimir Putin’s spokesman Dmitry Peskov said. “These actions threaten our interests, our security.”

“Especially as it concerns a third party building up its military presence near our borders,” Peskov said in a conference call with reporters. “It’s not even a European state.”

The Kremlin denounced all the deployments, and Putin said it’s “stupid and unrealistic” to think that Russia would attack anyone.