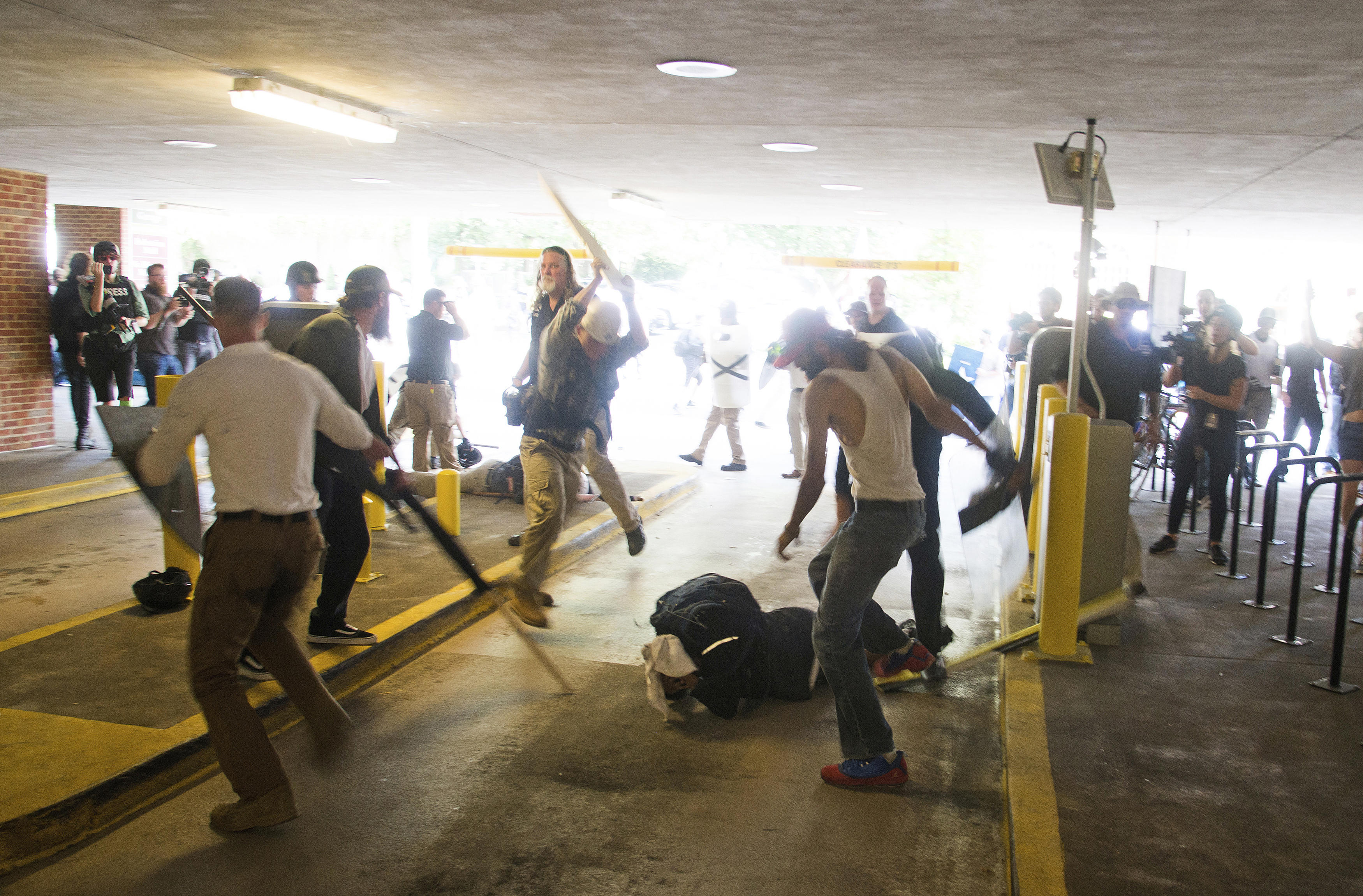 A black man who was beaten at a white nationalist rally in Charlottesville, Virginia, has been charged with an alleged assault during that confrontation, police said Monday.

DeAndre Harris, 20, was charged with unlawful wounding in the Aug. 12 rally that turned violent. Harris was seen bloodied in viral photos and a video after being attacked during the rally in August.

Harris' attorney, S. Lee Merritt, said in a phone interview Monday night that Harris was left with a concussion, abrasions and contusions across his body, as well as a head laceration that required staples, a knee injury and a fractured wrist after the clash.

The police don't have sufficient probable cause to charge Harris, his lawyer said.

Merritt said he is making arrangements with police for Harris to surrender.

Alex Michael Ramos and another man were charged with malicious wounding in September in the attack against Harris. Both are being held without bond.

In an August interview with CBS affiliate WGCL before he turned himself in, Ramos said he's not a white nationalist.

"I was there because, pretty much, I'm a conservative. ... There were some non-racist members who were going to a free speech rally," he said.

Upman refused to identify the alleged victim or provide any other details about the alleged assault.

At the rally, Heather Heyer was killed when a car struck a crowd of counter protesters. A man has been charged with murder in Heyer's death.