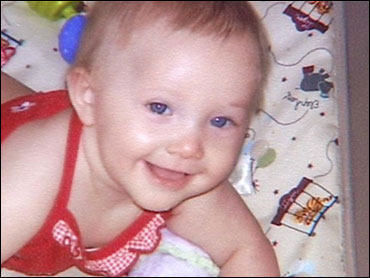 HENDERSON, Texas (CBS/ AP) It was the worst crime scene anybody working the case had ever seen. Authorities say it was Dec. 2, 2008, when the lifeless body of 13-month old Amora Bain Carson was found covered in blunt force trauma wounds and human bite marks, allegedly the victim of an attempted exorcism gone terribly wrong.

The two were arrested after sheriff's deputies say they responded to a 911 call and found Amora Carson beaten. "The mother later confessed that (her boyfriend) Milam killed the child," sheriff's Lt. Reynold Humber says, according to Tyler News-Journal.

"The child had been beaten so much we couldn't tell how many times it was hit and then there were more than 20 bite marks on her body," Humber told the The Tyler Morning Telegraph. "The bottom line regardless of any stories is that they killed that sweet little innocent child." 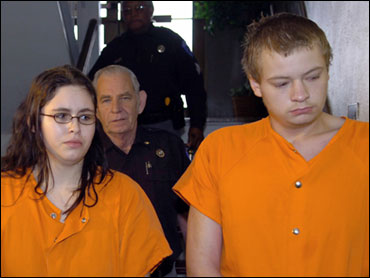 (AP/Tyler Morning Telegraph)
Jessica Carson, 18, left, and Blaine Milam, 19, are led from the Rusk County courthouse in Henderson, Texas, Wednesday, Dec. 3, 2008 after they were arraigned on capital murder charges.

The Telegraph reported the couple went to a pawn shop to sell household tools, to get enough money to hire a priest to perform an exorcism. When the two were unsuccessful, it is alleged that they took matters into their own hands.

Milam's capital murder trial is scheduled to begin in January. State District Judge Clay Gossett just moved the trial outside of the county where the crime took place. Carson has also not yet been tried.

Both Milam and Carson remain jailed on $2 million bond.

The dead child's biological father is serving in the Army.