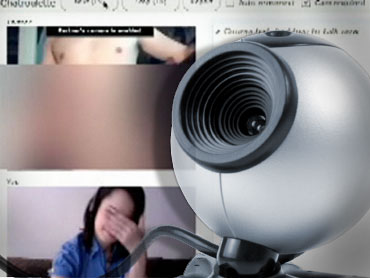 PHOENIX (CBS/KPHO) The popular online chat service Chatroulette offers video chatting with a twist - the website randomly hooks up strangers. But not everyone is obeying the site's rules and police in Phoenix fear there could be predators on the site.

Users must be 16-years-old or older to chat, and sex and nudity are prohibited; however, chances are that if you've used the site, you've run across multiple examples of those rules being broken.

CBS affiliate KPHO surfed the site and found plenty of people exposing themselves. In some cases, people were engaged in sexual activity.

One problem is that you don't know the age of the person you're chatting with. Plus, authorities warn, children could wind up witnessing adults in compromising positions.

"The worst thing that can happen is for your child to be lured away and be exploited by somebody who has no business even being anywhere near your child," said Phoenix Police Department spokesman Sgt. Tommy Thompson.

Thompson said it's important for parents to monitor their children's Internet usage, either by keeping the computer in a highly visible spot or installing monitoring software. He also said that police are keeping an eye out for cyber predators.

"If you're a predator, we're coming after you," Thompson said. "If you're a young person, beware of a wolf in sheep's clothing."