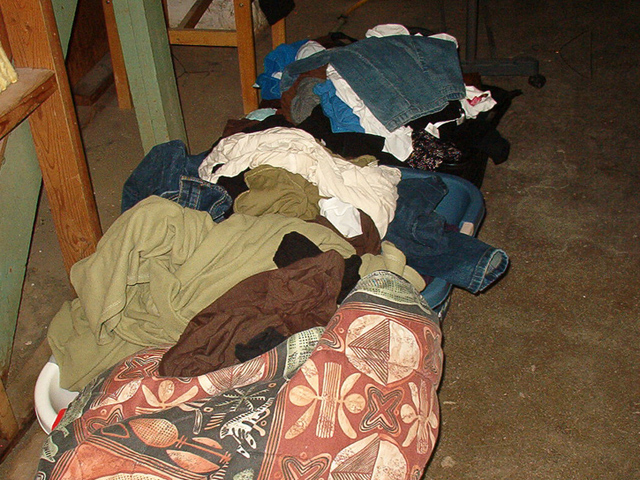 (CBS) BRONSVILLE, Texas - Brownsville police arrested a man Thursday suspected in burglary, auto theft and arson cases after tracking him to his house and finding him hiding beneath a pile of dirty laundry.

22-year-old Guadalupe Olguin was tracked by police to his home in Edinburg, reports the Brownsville Herald. Spokesman J.J. Trevino said that officers entered the house and, after a search, found the pile of clothes. When checking within it, their suspect was found.

Olguin is charged with arson, auto theft, burglary and two counts of engaging in organized criminal activity. He is accused of committing an array of crimes with several accomplices in Brownsville in January.

A criminal complaint alleges that he worked with two others to steal a car from the parking lot of Amigo Pawn Shop on Jan 6.

Police have video evidence of Olguin driving from the pawn shop in the stolen car, according to the document. A witness told officers he then torched the car.