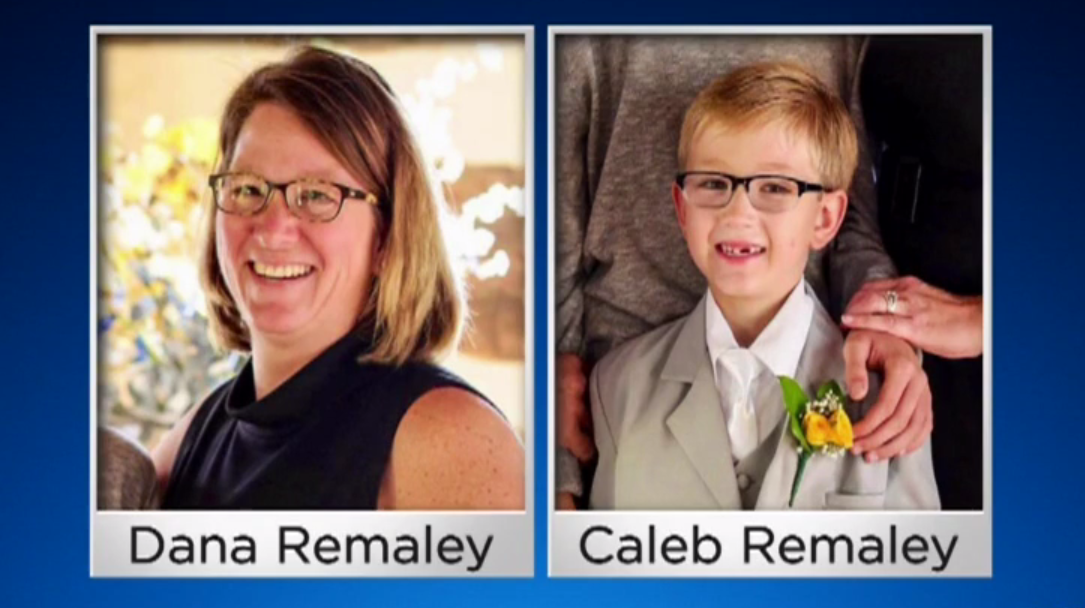 NEW STANTON, Pa. -- A 14-year-old boy is accused of shooting his mother and 8-year-old brother once each in the forehead as they slept and calling 911 to insinuate his father did it, Pennsylvania state police said Thursday.

The 14-year-old called 911 just before 7 a.m. Wednesday, saying his mom and younger brother were dead and his father placed a gun in his bed before leaving the house, State Police Trooper Stephen Limani said at a news conference.

The 14-year-old later told officers he took a gun from atop the refrigerator, loaded it and then shot Dana Remaley and Caleb Remaley after his father, David, went to work, police said. Remaley also allegedly told police he would have shot his father, too, had he been at the home, about 25 miles southeast of Pittsburgh.

An ambulance was first to arrive on the scene Wednesday. Workers gave the teen a blanket and started to question him when he went back inside the home to get the firearm, Limani said. Since the workers aren’t trained to deal with someone with a gun, they retreated from the home until troopers responded.

During the time before troopers arrived, the 14-year-old apparently retrieved the gun and was walking down the street carrying it when he encountered neighbor, police said. That neighbor engaged the boy in conversation, leading him to discard the gun and approach officers, Limani said.

“That neighbor did a very good job in de-escalating the situation,” Limani said. “The last thing we want to do is approach a 14-year-old with a firearm.”

The only indication of a motive is that the teen and his parents weren’t getting along lately, Limani said. However, his relationship with his little brother was seemingly good, especially considering their age difference, he said.

“This is a very horrific time, a very difficult time for this particular family and the community here in New Stanton. To have two individuals shot in their home while they are sleeping, it’s very traumatic,” said Limani, according to CBS Pittsburgh.

A friend of the family described the 14-year-old as a polite, kind, straight-A student who was involved in sports and in church.

Anita Stoner told WTAE-TV her son is a good friend of the boy’s, and she was friends with Dana Remaley.

She said Dana Remaley was generous and always willing to lend a hand.

“I don’t know what I’m going to do without her,” she said. “She was always there for me.”

The 14-year-old was still being medically treated Thursday, and mental health evaluations were pending, Limani said. He is awaiting arraignment on two counts each of criminal homicide and first-degree murder, charged as an adult. No attorney information is available.