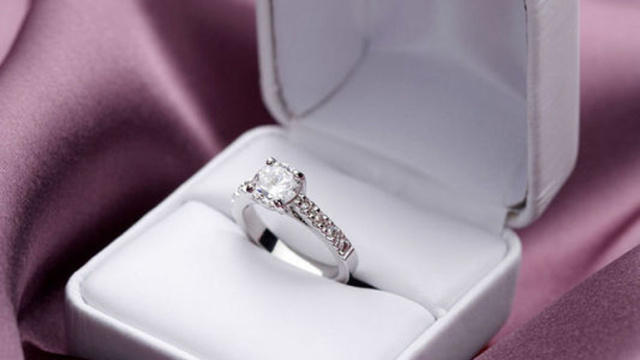 MIDDLETOWN, Ohio -- Authorities say a man robbed a bank in Ohio and used the money to buy his fiancee an engagement ring.

The Hamilton-Middletown Journal-News reports 36-year-old Dustin Pedersen has been charged with robbing a Fifth Third Bank branch in Trenton on Dec. 16.

Police say records show that Pedersen spent $4,500 on an engagement ring less than an hour after the robbery and presented it the next day.

Pedersen has denied robbing any banks, but told police that surveillance photos of the robber look like him.