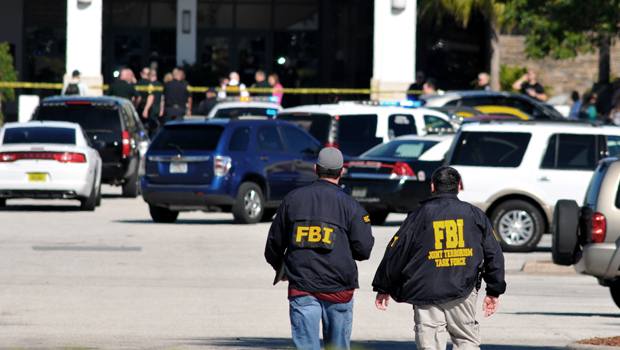 MELBOURNE, Fla. -- A shooting Saturday morning at a mall in central Florida left two people dead and one other injured, police said.

Cmdr. Vince Pryce told reporters at a news conference that investigators believe that one of the two who died was the shooter, identified as Jose Garcia Rodriguez, 57, of Palm Bay, Florida. Rodriguez died of a self-inflicted gunshot wound.

The surviving victim, identified as Ida Garcia, 33, who police believed to be Rodriguez's wife, was the intended victim of the shooting, Pryce said. She was hospitalized and in good condition.

Police believe that the shooting stemmed from a domestic violence incident, Pryce said. Detectives were still working to find a motive, and the investigation was ongoing.

Pryce said the victim who died was a man but did not identify him.

After responding to reports around 9:30 a.m. of multiple shots fired inside the Melbourne Square Mall, police tweeted that the "shooter is contained" and that officers were clearing the mall store by store.

Melbourne Mayor Kathy Meehan told Florida Today that police officials have told her that the shooting followed a domestic dispute between a woman who worked at the mall's food court and her husband.

The mall was evacuated, and officials said it would remain closed while police continue to investigate.

Officers reported hearing gunshots as they arrived on scene, but no other threats were located after a search of the building store by store, police said.

Donna Evans of Melbourne said she was in the food court when she heard gunfire about 20 feet to 25 feet away.