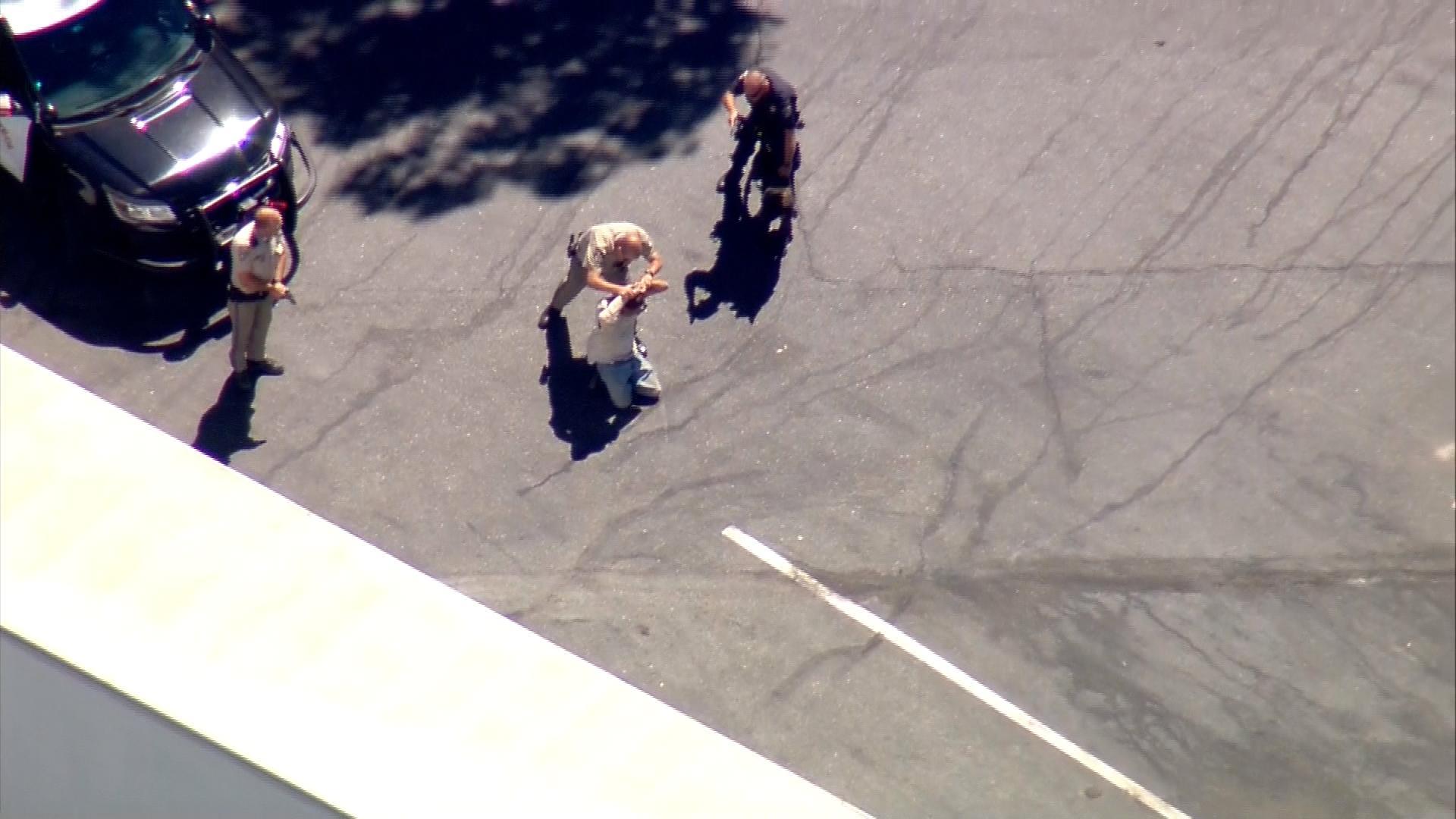 The pursuit began in the Apple Valley area shortly after 10 a.m. The driver led officers southbound through San Bernardino County and then eastbound through Riverside County. The driver surrendered around 1:40 p.m.

The driver —  identified Tuesday afternoon as James Edgley, 48, of Victorville — reportedly told officers by phone that he did not want to go back to jail.

The truck appeared to have been stolen from ACT Enviro, a Sunnyvale company that transports hazardous waste, discarded electronics and other payloads. In a statement, the company said the truck was stolen sometime before 6:30 a.m. It contained 76 drums of non-explosive, non-radioactive non-flammable materials.

The original driver is safe. He noticed his truck was gone when he woke up. The main GPS tracking device was disabled, ACT Enviro said. The company was able to locate the truck using a secondary tracking device in the trailer. That location forwarded to CHP at 9:30 a.m.

The original driver was with a company response team to retrieve the truck once the chase was over.