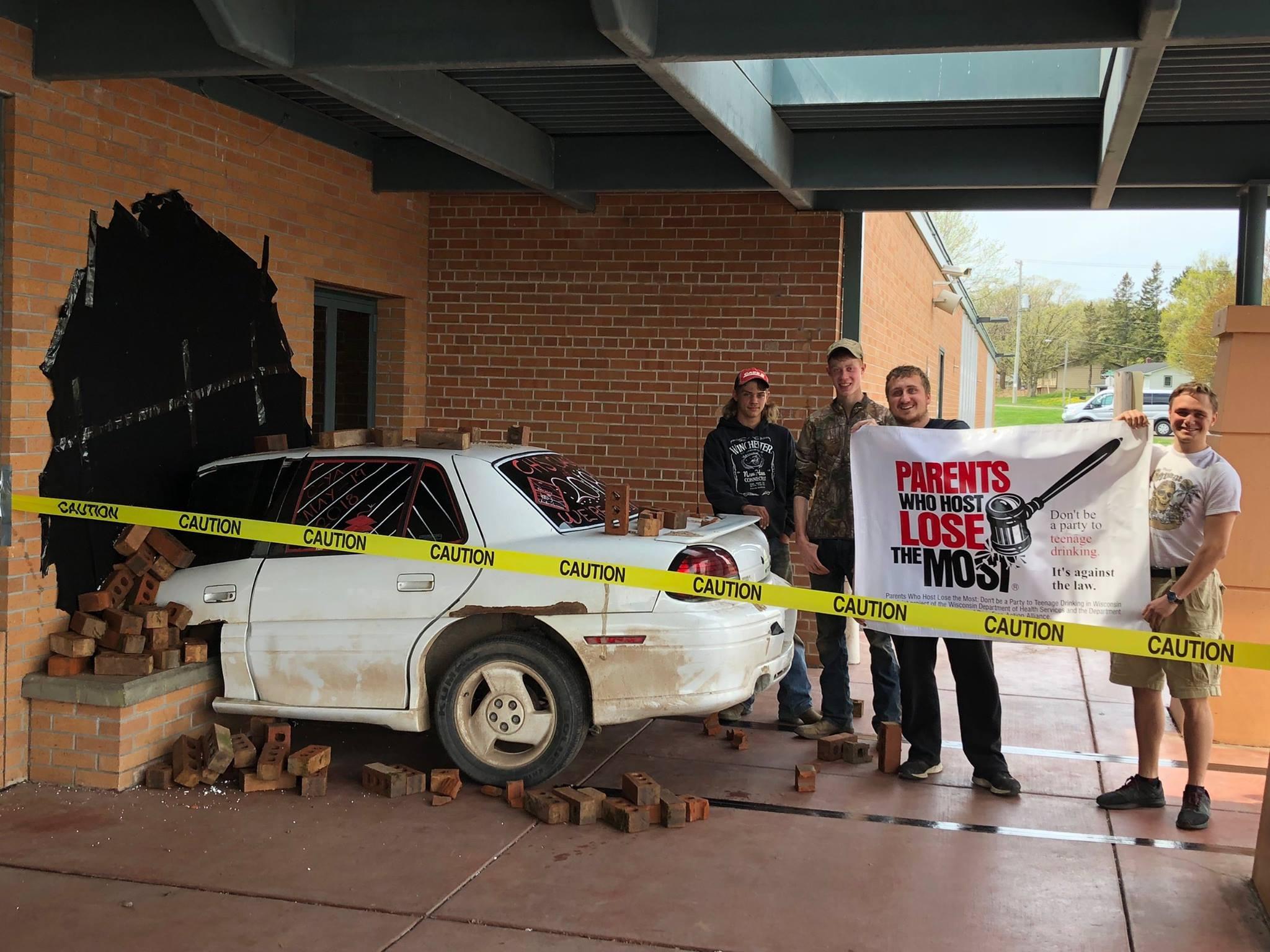 Senior pranks are a rite of passage for many high school students across America. Before school lets out for summer and the graduating class leaves the halls of their high school forever, seniors take one last jab at their teachers and principals.

A group of seniors in Cumberland, Wisconsin, left their mark with what the police department called "one of best senior pranks that Cumberland High School has seen."

When grown-ups arrived at the scene, they discovered a what looked like a car crash right through the front of the high school, leaving the back of a car sticking out of a gaping hole in the building. Photos that the school and police department shared are jarring at first — but the accident is completely fake.

On closer inspection, teachers noticed it was only a half of a car, likely from a junk yard, placed in front of a black tarp that looked like a giant hole in the wall. Loose bricks were strewn across the  scene, as if the car really had barreled right into the school. The group staged the "accident" right outside of the principal's office, the school district said.

The high school also posted photos of the "accident." In one photo, students who took part in the prank pose in front of the wrecked car with a sign that raises awareness about teen drinking. "Parents who host lose the most," the banner reads, referring to parents who allow underage kids to drink.

Not only was the prank well executed, but it spread an important message for teens and their parents. So the class of 2019 has big shoes to fill next year.