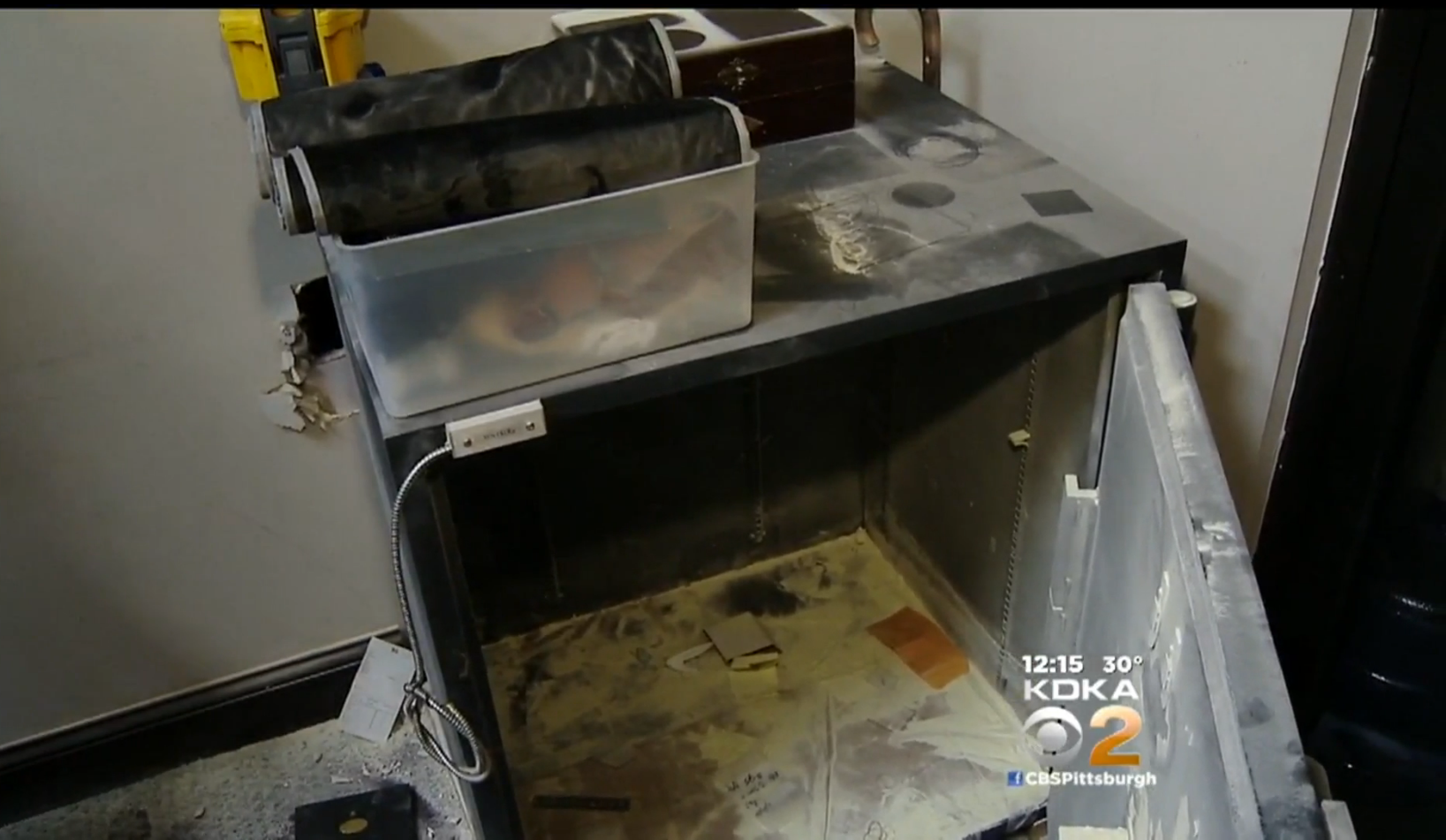 PITTSBURGH -- Police say a thief pulled of a Hollywood-style heist, drilling through the wall of a vacant building and into a jewelry store safe on the other side--taking jewelry, cash and coins, reports CBS Pittsburgh.

The incident is believed to have taken place at some point after Yuriy's Jewelry Store's closed Saturday at 4 p.m. and when it opened Monday morning, according to the station.

The store's manager said the burglar drilled through the wall two times. First apparently missing the safe, then drilling through a second time, right into the back of the safe. Jewelry, cash and coins were stolen.

"It was clearly someone who knew what they were doing. It was definitely planned," store manager Becky Halvorson said.