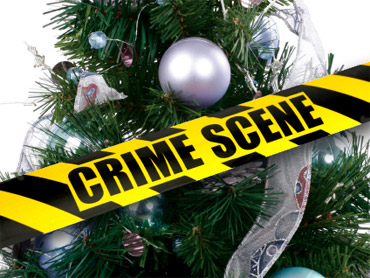 ERIE, Pa. -- Police say a Pennsylvania man tried to steal a puppy from a home he had burglarized hours earlier on Christmas Eve, taking presents meant for children.

Police say they caught Thompson when he returned about two hours later to take her puppy. They say he fled when officers responded to the second call.

Police were able to recover some of the stolen items. Sauers says police returned her television on Christmas Day and even hooked up her cable.