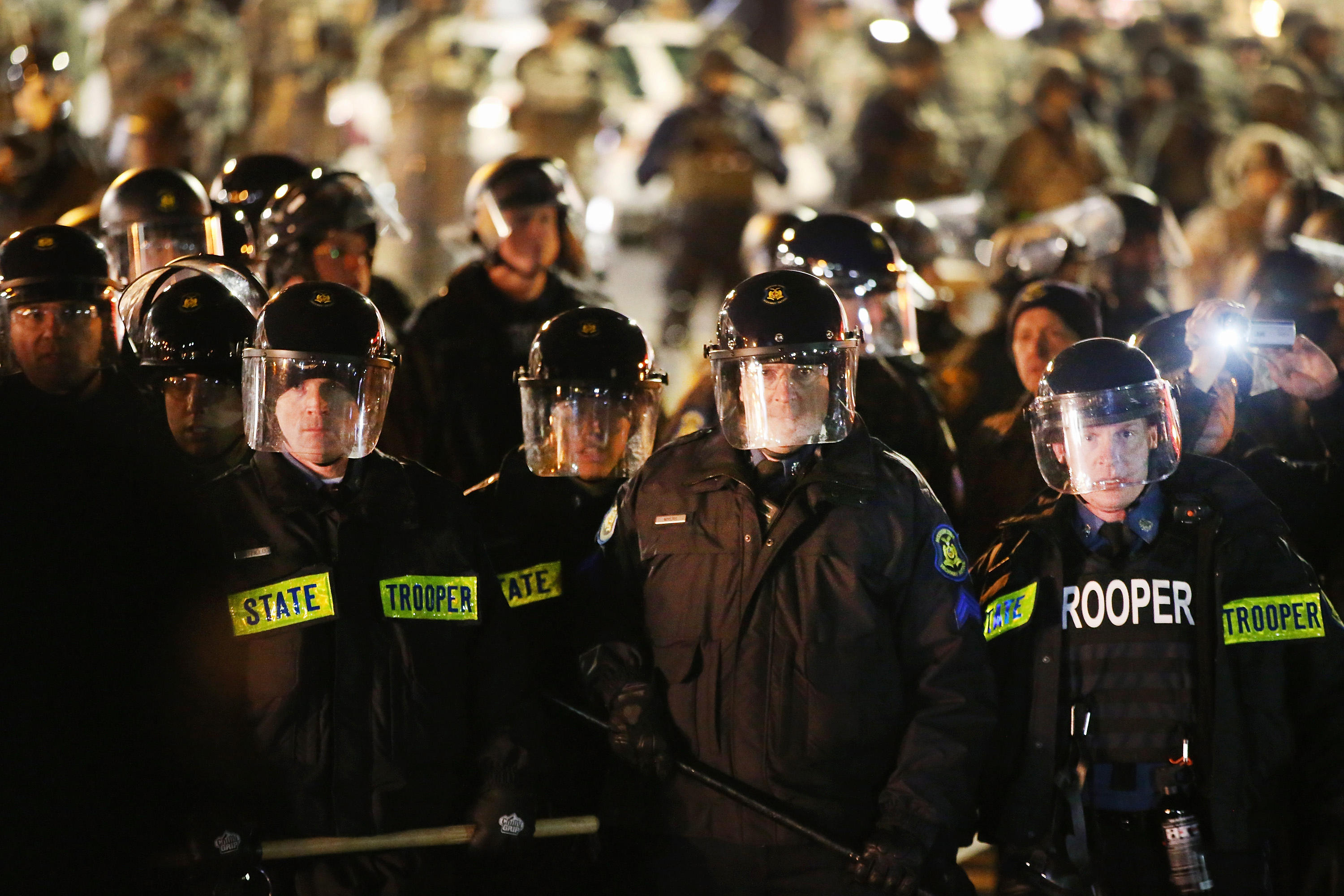 ATLANTA -- The so-called “Ferguson effect” - officers backing off of policing out of fear that their actions will be questioned after the fact - has been talked about but never really quantified. A new study suggests the effect is a reality, with three-quarters of officers surveyed saying they are hesitant to use force, even when appropriate, and are less willing to stop and question suspicious people.

The nonpartisan Pew Research Center questioned at least 8,000 officers from departments with at least 100 officers between May 19 and Aug. 14 last year - most of it ahead of the fatal shootings of five officers in Dallas and three officers in Baton Rouge.

What it found was a significant fear among police about their safety and about carrying out some of the everyday acts of policing.

It also shows a stark difference in how white and black officers view the protests that have taken place after some of the high-profile shootings of black suspects in the past several years, with black officers believing the protests are genuine acts of civil disobedience designed to hold police accountable, while white officers are more skeptical of the protesters’ motives.

“White officers and black officers have very different views about where we are as a country in terms of achieving equal rights,” said Kim Parker, the director of social trends research for the Pew Research Center.

Some of the key findings:

In 2014, a white officer in Ferguson, Missouri, shot and killed black teen Michael Brown, setting off a movement drawing greater scrutiny of police use of force, particularly against black citizens. In the years since, other fatal encounters with police in such cities as Baltimore, Baton Rouge, Milwaukee, Chicago and New York have put officers under the microscope, especially as video has captured more of these events.

CBS’ “60 Minutes” obtained data from inside the Chicago Police Department revealing that as killings in the city rose, police activity fell. In August of 2015, cops stopped and questioned 49,257 people. A year later, those stops dropped to 8,859, down 80 percent. At the same time, arrests were off by a third, from just over 10,000 to 6,900.

There has been a concern, largely shared in anecdotes, of officers holding back on stopping suspicious people or other policing out of concern that they’d be cast as racist. But the Pew survey provides the first national evidence that those concerns may be having a real impact on how officers do their jobs.

“Officers are concerned about being the next viral video and so that influences what they do and how they do it and how they think about it,” said Darrel Stephens, executive director of the Major Cities Chiefs Association. He added that he doesn’t believe it’s rampant or that officers are turning a blind eye, “but I still have to believe it may be in a marginal-call situation where there’s a reasonable suspicion on the bubble ... that those are the ones they pass up.”

The survey also suggested a divide between police and the communities they serve on some social issues of the day.

For example, two-thirds of all officers say deadly encounters with blacks are isolated incidents, but 60 percent of the general public said they believe they are signs of a broader problem between police and blacks.