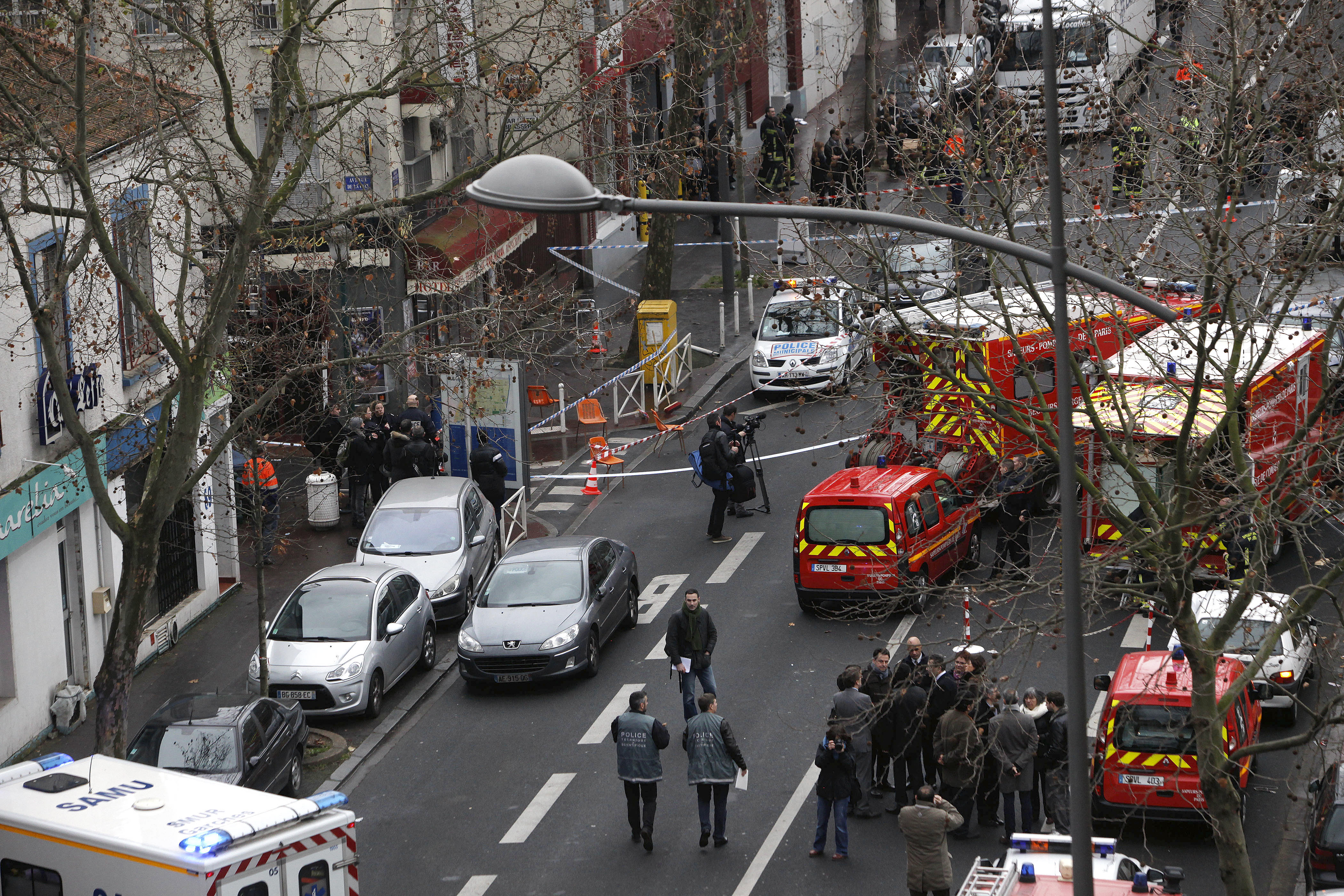 PARIS -- An assailant opened fire on a police officer on the southern edge of Paris early Thursday, killing her and injuring a nearby street sweeper before fleeing, officials and a witness said. French officials cautioned against jumping to conclusions a day after the deadly assault on a satirical newspaper that killed 12 people.

The Paris prosecutor's office handling the investigation into the shooting said there was no apparent connection between Thursday's incident and the assault on the newspaper Charlie Hebdo, in which two police officers were among the dead.

In the Thursday shooting, Cazeneuve said, the officer had stopped to investigate a traffic accident in Montrouge, south of Paris, when the firing started. Paris police said the second victim was a street sweeper. The officer later died of her injuries, said Emmanuel Cravello of the Alliance police union.

"There was an officer in front of a white car and a man running away who shot," said Ahmed Sassi, who saw the shooting from his home nearby.

Sassi said the shooter wore dark clothes but no mask. "It didn't look like a big gun because he held it with one hand," Sassi said.

Cazeneuve left an emergency government meeting to travel to the scene of the latest shooting. France is on its highest level of alert after the deadly attacks at Charlie Hebdo's central Paris offices.

There were no confirmed arrests.