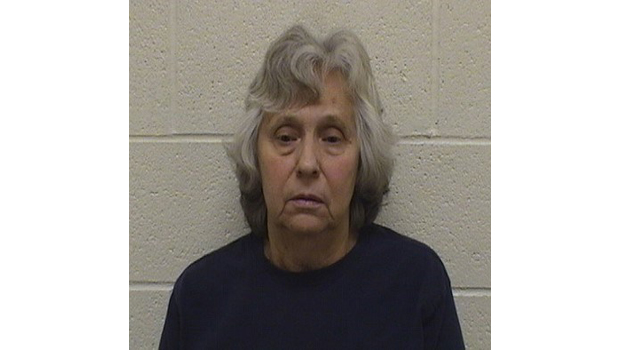 TORRINGTON, Conn. -- A North Carolina woman was arrested after she was seen allegedly walking outside a Connecticut police department with what appeared to be a handgun, reports CBS affiliate WFSB.

Police reportedly received several 911 calls stating that a white female was standing in front of the police department with a gun. The woman, identified as Elaine Rothenberg, was later arrested and the gun was determined to be fake, according to the station.

According to police, two bystanders were accosted by Rothenberg, who asked if they were cops -- pointing the gun at them. The two alleged victims were able to get away without incident, WFSB reports.

The 66-year-old then allegedly took a position in front of an employee-only doorway near the station and stood with the handgun raised and in a shooting stance.

When officers made contact with Rothenberg, she allegedly began yelling about her hatred for cops, while making remarks, such as "What are you doing? Shoot me," according to the station.

She also raised the gun and pointed it at officers, yelling "Boom, boom, boom."

After a brief standoff, Rothenberg told police the gun was fake and threw it down, according to WFSB. She was then brought into custody and arrested without further incident.

The woman had reportedly purchased the BB gun the day of the incident, because of how real it looked.

Rothenberg was later charged with multiple charges, including reckless endangerment and interfering with police.

The woman reportedly lives in North Carolina, but police say she stays in Torrington for a few weeks every year.