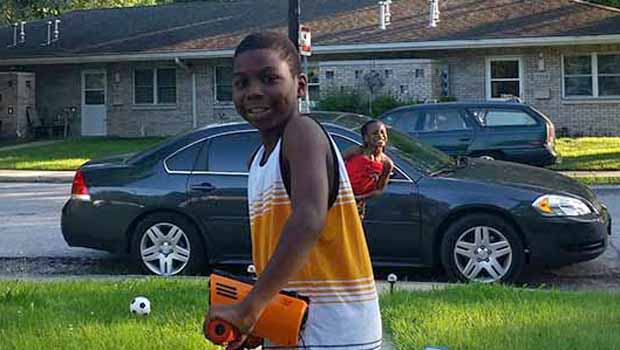 EAST ST. LOUIS, Ill. -- East St. Louis police said an 11-year-old boy killed in a hit-and-run was ignored by motorists who drove around him as he lay hurt in the street.

Another driver eventually stopped to block the street and help Maurice A. Richards after the Wednesday night incident, authorities said. The boy later died at a St. Louis hospital.

"Those people that drove around had a great lack of concern for citizens," Hubbard said. "It was really unacceptable. Even now, it bothers me. It bothers me."

"Senseless act and well, as citizens of this city, we have to do better because no one will protect it like us," East St. Louis police detective Jason Hicks told CBS affiliate KMOV. "So if you were one of the ones that saw the young man lying in the street and went around him, you know it's not right."

Maurice was hit about a block from his home, where a memorial has formed. His family remembered him as a happy child who loved to play with his brother and sisters.

"He loved to play, ride his bike; be with his family. He always had his little brother tagging along with him," Maurice's aunt, Sheena Richards, told KMOV.

Police did not have any suspects or even a vehicle description, and urged people to come forward with information. CrimeStoppers offered a $5,000 reward.

"We going to always miss Maurice, but it someone could come forward that would help a little, just a little, but not going to bring him back," Sheena Richards said.