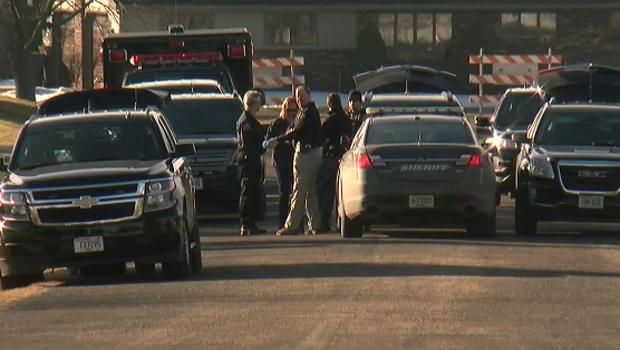 HUDSON, Wis. -- Authorities in western Wisconsin say a 28-year-old man fatally stabbed his mother and then shot at police during a chase that ended when he killed himself in Minnesota.

Wold was pronounced dead in an ambulance. Authorities began heading to Reese’s home in Glenwood City when a neighbor reported the suspect’s apartment was on fire.

Reese later fired at a police officer who was following his car. Reese continued firing at police during a 50-mile chase that ended when he crashed in east-central Minnesota.

CBS Minnesota reports that Reese eventually crashed near Highway 8 in Taylors Falls. He fired more rounds at officers before shooting and killing himself.

Highway 8 was closed for a time after the shooting, the station reported.