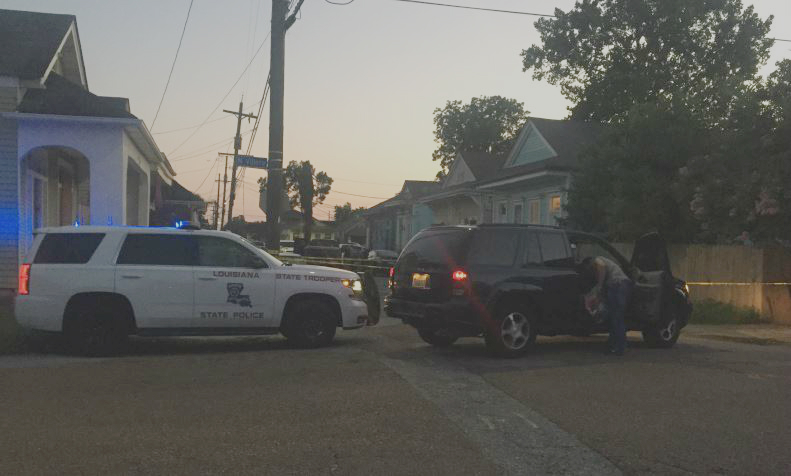 NEW ORLEANS -- Louisiana State Police say a man fleeing from a traffic stop is being treated for wounds after a shootout with troopers.

The man's name and his condition have not been released.

Trooper Melissa Matey says a passenger jumped from a pickup stopped for a traffic violation late Thursday night and had a shootout with officers after a brief chase.

Matey says the pickup's driver is in custody and is being questioned.