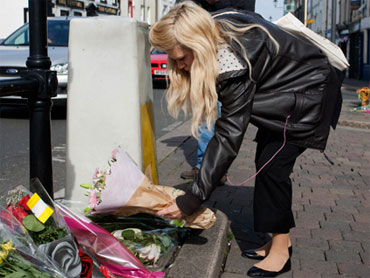 British detectives searched for clues Thursday to the motive behind a taxi driver's murderous rampage in a tranquil part of rural England that left 12 people dead and more than two dozen wounded before he committed suicide.

Some reports from the British media alleged that Bird warned fellow taxi drivers the night before the shootings, "There is going to be a rampage."

More than 100 officers were scrutinizing why suspected gunman Derrick Bird, 52, decided to go on a three-hour shooting spree in the northwestern county of Cumbria, officials said.

Some reports said Bird had argued with fellow cab drivers the night before the killings; others suggested a family dispute. But Cumbria police said the process of piecing together Bird's movements and ascertaining a motive is "a difficult and slow process and we would ask the public and the media to be patient whilst we carry out our thorough investigation to ascertain the facts around this tragic incident."

The killing spree was Britain's deadliest mass shooting since 1996, and it jolted a country where handguns are banned and multiple shootings rare. Police said 25 people had been wounded, 11 of whom were hospitalized. Eight of the wounded remain in hospital, with three of them in critical condition.

The first shootings were reported Wednesday morning in the coastal town of Whitehaven, about 350 miles northwest of London. Police warned residents to stay indoors as they tracked the gunman's progress across the county.

Click here for a Google Map showing the path Bird took during his alleged rampage.

Bird's body was found in woods near Boot, a hamlet popular with hikers and vacationers in England's hilly, scenic Lake District.

According to CBS News partner Sky News reports, police at the scene recovered a shotgun and a .22 rifle with telescopic sight. Police said Bird, who several acquaintances described as friendly and popular, had been a licensed gun owner for 20 years.

"He had a shotgun certificate and a firearms license for weapons, but we do not know at this stage whether the weapons that we recovered are those he was licensed for," Deputy Chief Constable Stuart Hyde said. "A detailed ballistic examination is being undertaken to confirm this."

Prime Minister David Cameron offered condolences to "all those caught up in these tragic events, especially the families and friends of those killed or injured." Queen Elizabeth II said she shared in "the grief and horror of the whole country."

Home Secretary Theresa May will make a statement on the shooting to British lawmakers later Thursday.

In recent years, there have been fewer than 100 gun murders annually across the country.

Rules on gun ownership were tightened after two massacres in the 1980s and 1990s. In 1987, gun enthusiast Michael Ryan killed 16 people in the English town of Hungerford. In 1996, Thomas Hamilton killed 16 children and a teacher at a primary school in Dunblane, Scotland.