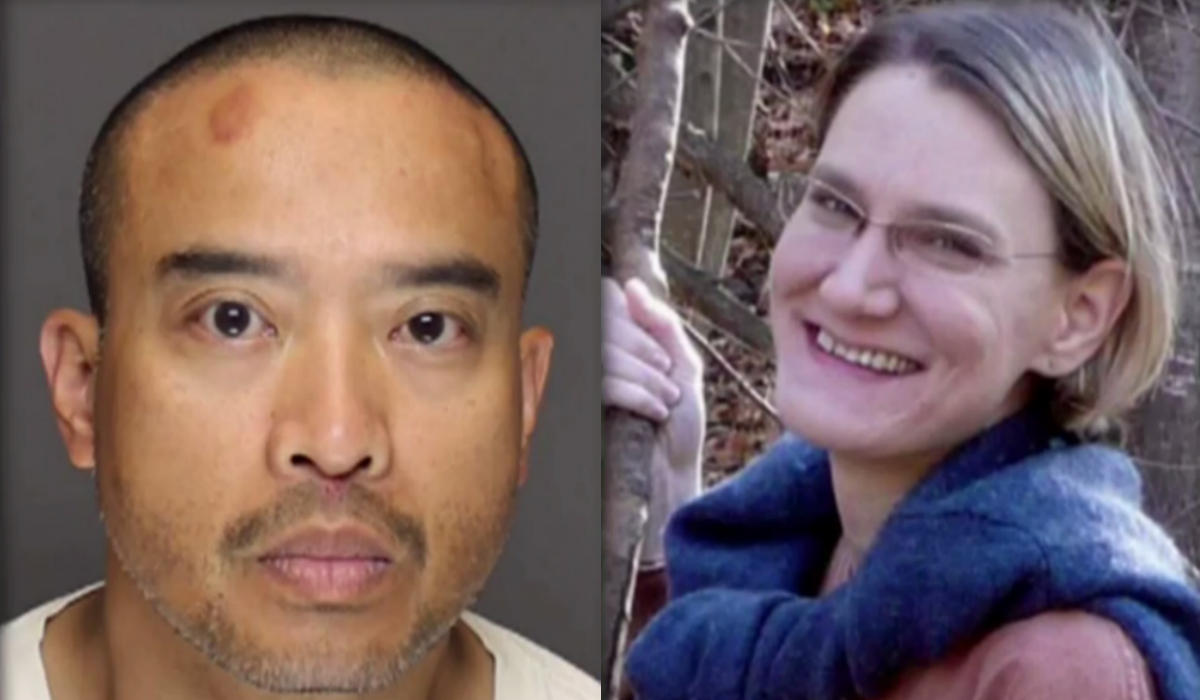 MENDOTA HEIGHTS, Minn. — The suspect charged with killing a financial adviser inside her suburban St. Paul office is in custody, Minnesota authorities said.

Prosecutors said Nguyen went into a house in the suburb of Mendota Heights on Saturday, brandished a gun at a woman and demanded cash. After crashing the car he was driving, he then ran into a senior living center and forced an employee into a laundry room.

While police were evacuating the center's residents, officers got a report of what appeared to be blood seeping from underneath an office door in a nearby building, prosecutors said. Officers found Cory dead inside.

An autopsy showed she died of a single gunshot to the head.

Police then discovered that Cory's car was missing. It was found Sunday at the Washington County Fairgrounds, about 16 miles away.

Nguyen, 44, was arrested after a car he was riding in was pulled over at about 11:30 p.m. Monday, apparently after his brother helped law enforcement locate him, the Dakota County Sheriff's Office told the Twin Cities Pioneer Press.

Authorities have said there is no known connection between Nguyen and Cory, who lived in Maplewood.

Dakota County Sheriff Tim Leslie told CBS Minnesota he believes Nguyen was a desperate man on the run from the law.

"I'm offering up the theory that he was a desperate man taking desperate measures to escape," Leslie said.

Nguyen made his first court appearance Tuesday morning. His bail was set at $1.5 million without conditions, $1 million with conditions, reports CBS Minnesota. He made no plea.