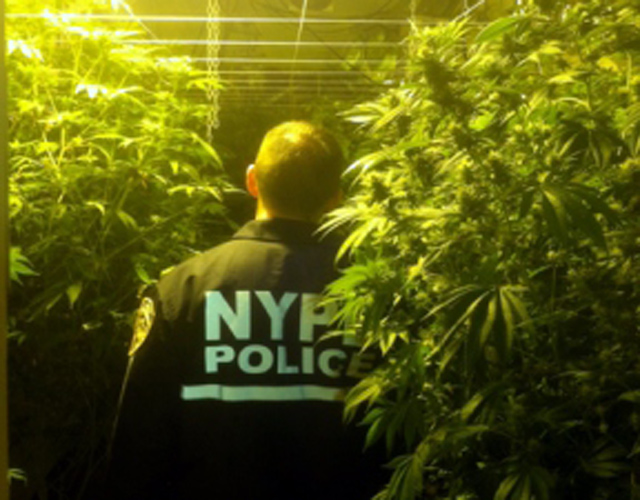 (CBS/WCBS) NEW YORK - Police raiding a five-floor building in the Bronx Tuesday found it filled with nearly 600 marijuana plants. Some of the plants were nearly 7-feet tall.

According to CBS New York, police called the Morris Park Avenue based operation a sophisticated pot factory that was growing millions of dollars worth of the drug.

Police say they received a tip from one of the building's neighbors late last year, CBS New York reports. Officers moved in with a search warrant after weeks of surveillance, arresting the suspects and shutting down the operation that raked in $250,000 every 30 days.

Neighbors in the area said they were surprised and never suspected anything.

"It just looked like it was a mechanics every time I walked by," said Ricardo Morales, CBS New York reports.