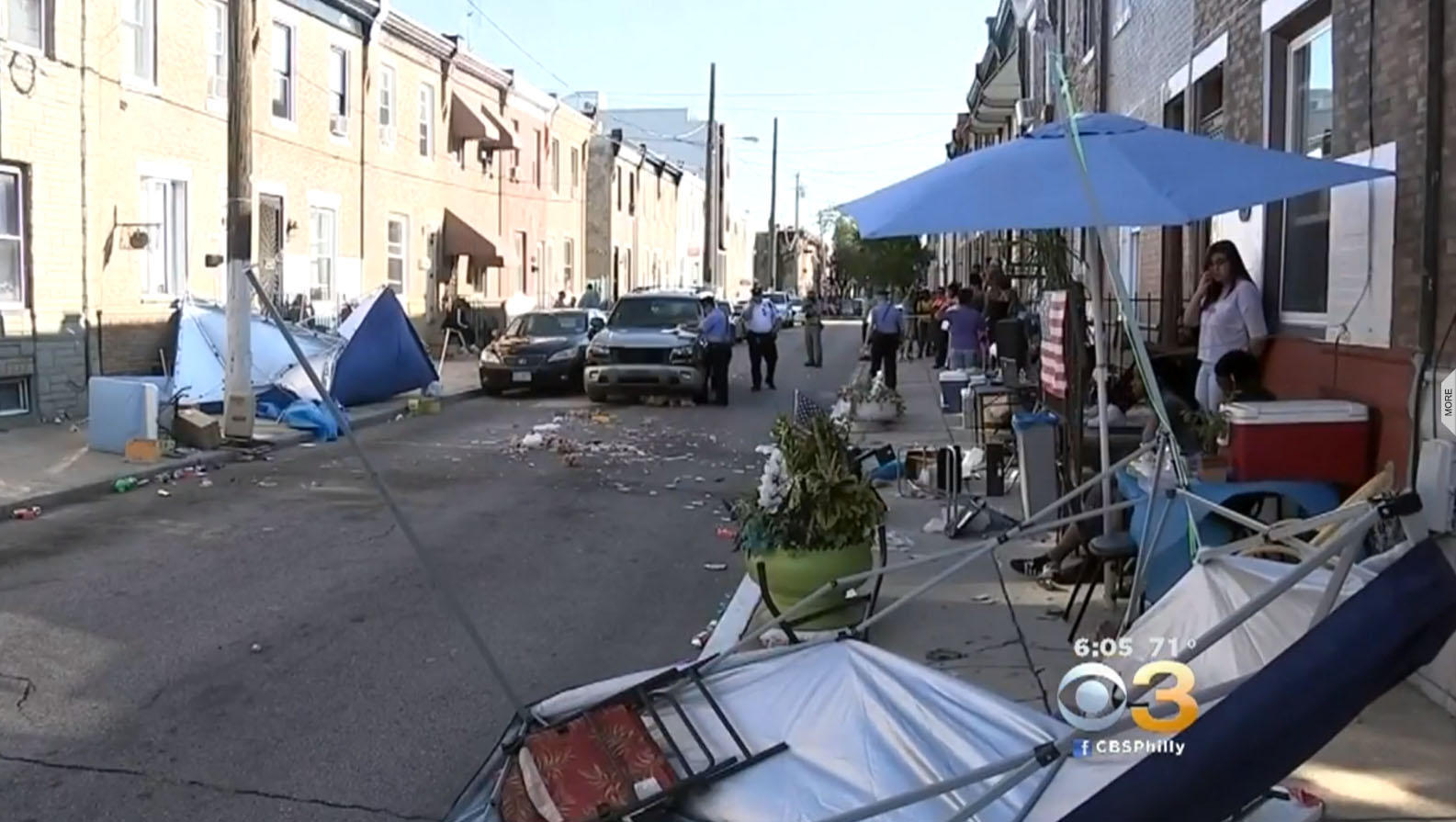 PHILADELPHIA -- Police say a Philadelphia woman who crashed her car into a crowd of people at a Labor Day block party, injuring eight people including a pregnant woman, is facing a charge of driving under the influence.

Police told CBS Philadelphia the driver was impaired when she attempted to go around a group of people before crashing into the crowd. The unidentified woman told officers that the brakes on her SUV failed Monday afternoon, a claim police are investigating.

"It was horrifying," partygoer Kamilah Muhammad told the station. "Very horrifying. Everybody was screaming and hollering and crying."

Police say the victims were taken to area hospitals. One of the victims was between six and eight months pregnant, according to CBS Philadelphia. None of the injuries are believed to be life-threatening.

Police say the driver remained at the scene.

The crash is still under investigation.