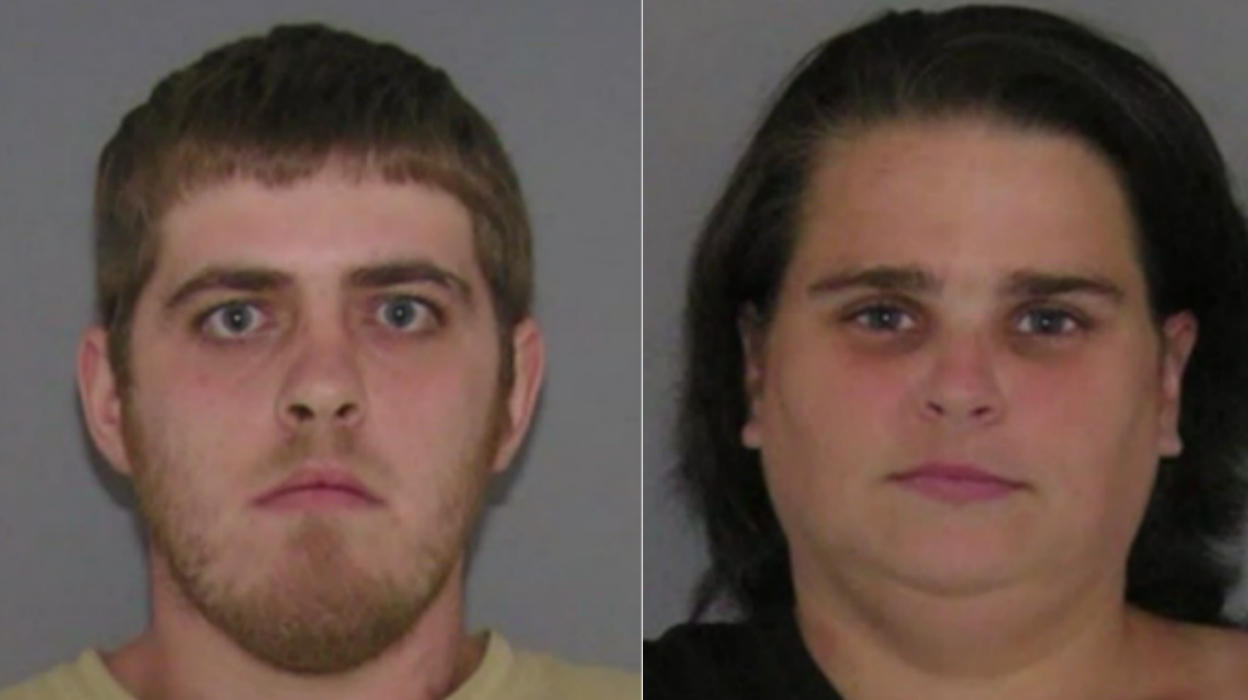 CINCINNATI — A man and his girlfriend restrained his 4-year-old twin boys with shoelaces, gagged them with socks and stuck them to a wall with duct tape, authorities said.

James Howell Jr. and his girlfriend, Jamie Carver, were charged with two counts of kidnapping and child endangering, WLWT-TV reported. Both were released on bond after a hearing Tuesday.

Howell's children have been placed with a foster family by Hamilton County Job and Family Services.

Attorneys for the couple were not available immediately for comment.

Police responded to a Cincinnati apartment Sunday afternoon. Investigators say Howell and Carver bound the children with a belt and shoelaces. Police say the boys were also gagged with socks to keep them from making any noises and were stuck to a wall with duct tape in the apartment.

"There is no kind way to describe what these children more than likely were living in," said Cincinnati police Sgt. Jeff Dunnaway.

Dunnaway said the responding officers were parents themselves and were affected by what they saw.

"When you have a tragic case that involves children, it's not easy to move on," Dunnaway said.

Dunnaway and other officers plan to follow the case as the children move through the foster care system. The group is collecting toys and clothes for the boys.