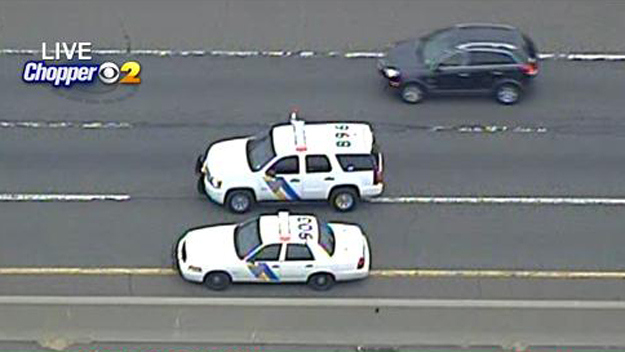 SECAUCUS, N.J. -- A police car struck and killed two people on the New Jersey Turnpike after the pair left a disabled vehicle.

The accident happened early Wednesday in the northbound lanes of the eastern spur in Secaucus, approaching the Vince Lombardi service area.

The New Jersey Turnpike Authority says the victims had walked away from a disabled vehicle.

State police say the police vehicle was driven by an officer with the Washington Township Police Department in Bergen County. The officer was treated for minor injuries.

The Washington Township Police Department told CBS New York the officer was on his way home from a training seminar at the time of the accident.

The preliminary investigation indicates the pedestrians were in the left lane when they were hit.

No names have been released. The accident is under investigation.