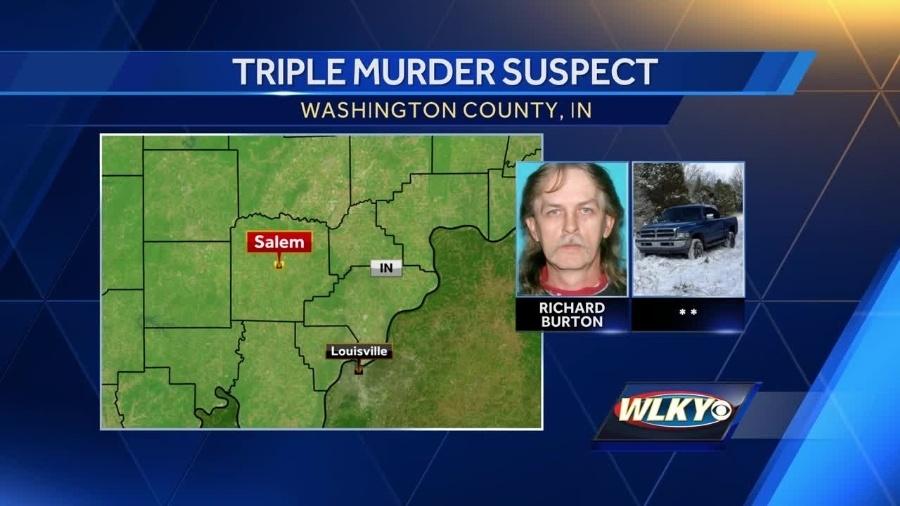 WASHINGTON COUNTY, Ind. -- Police investigating the deaths of three people in southern Indiana say they've found the body that is likely the suspect in the killings.

The county coroner hasn't released the man's name or determined the cause of death.

Indiana State Police said in a news release that they believe the body is Burton and that he was responsible for the three deaths.

Autopsies are scheduled Tuesday. Names and causes of death are expected to be released afterward.