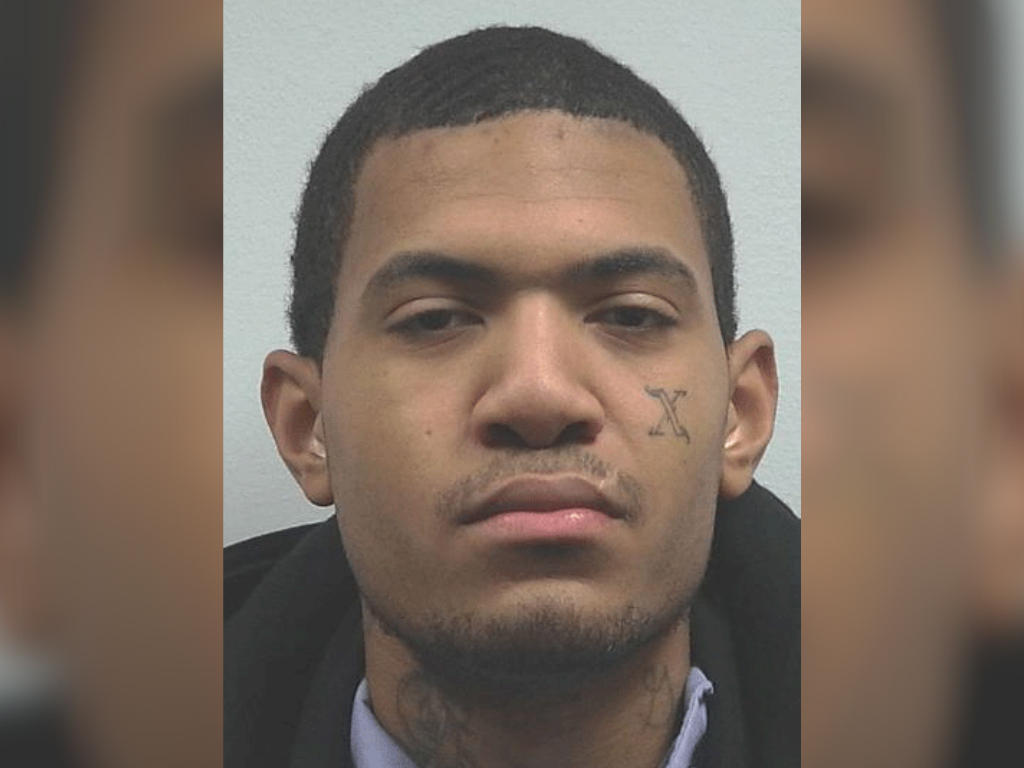 FORT WAYNE, Ind. - An ex-convict who shot two women at a Fort Wayne beauty college before turning the gun on himself was upset that one of the women would not date him, police said Tuesday.

Davion D. Brown, 24, entered Ravenscroft Beauty College on Monday evening carrying a backpack and found the woman who would not date him, Patricia Ann Hahn, 29, of Fort Wayne, in a break room and began shooting with a .22 caliber semi-automatic handgun, police spokesman Michael Joyner said at a news conference.

When he emptied the ammunition in the gun and had to reload, Hahn had a chance to get away from him, Joyner said. The backpack Brown carried contained more .22 caliber ammunition, a BB-gun and a knife.

Hahn, who was shot as many as nine times, remained hospitalized Tuesday in stable condition after having been listed earlier in the day in critical condition, police said.

Investigators believe Hahn tried to protect the second woman, Alyssa L. Spade, 20, of Fort Wayne, Joyner said. Spade suffered a graze wound and has been released from a hospital.

The Indiana Department of Correction's website says Brown was paroled in April 2014 after serving 16 ½ months for a robbery conviction.

CBS affiliate WANE-TV reports that Hahn's friends, family and coworkers all said Brown had a violent history with Hahn and had threatened her.

"Everybody knew who he was. When we knew it was Patricia it was hurt everybody knew who did it. She said that they were friends and that he wanted more but she always declined," Nicole Garcia said.

They said that then led to threats and schedule changes. Hahn reportedly moved to nights so she wouldn't see Brown, but according to the station the security guard is only at the college during the day.

The report of an active shooter at Ravenscroft Beauty College on Monday evening sent as many as 50 local, state and federal law enforcement officers to the scene.

Another police spokesman, John Chambers, said he did not know how many people were in the building at the time of the shooting but that multiple people were at the scene when the shooting occurred.

"The information that we received was that it was possibly an active shooter that was inside the building at the time of dispatch," Chambers said. "So, as officers arrived on scene we set up a perimeter and secured the premises at which time we had teams of officers enter into the building and search for the suspect and any more victims."

Ravenscroft reported an enrollment of 164 students in fall 2015, according to the latest figure available from the National Center for Education Statistics. The school offers classes in cosmetology, barbering, manicuring and related fields.