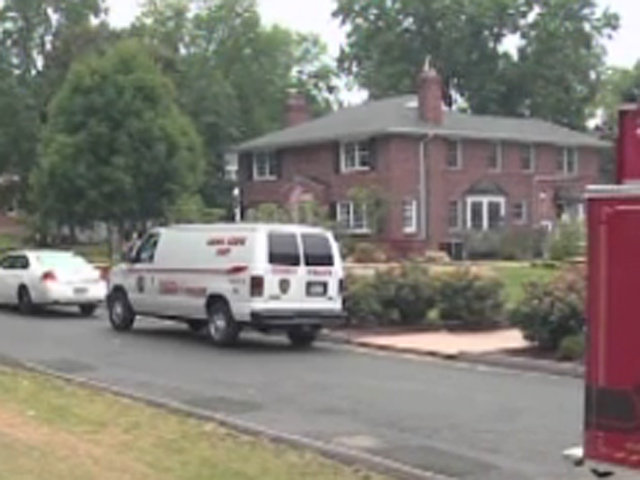 (CBS/AP) GLENDALE, Mo. - A major case squad probing the shooting deaths of a suburban St. Louis mother Catherine Murch and her two children unleashed more than 20 investigators Tuesday, but authorities who originally viewed the case as a murder-suicide said it was too early to draw any conclusions.

Glendale police Lt. Tim Fagan said Mitch Murch called police Monday after hearing gunshots inside the family's house. He told authorities he found the bodies of his wife and two children, all with gunshot wounds.

Police originally said the deaths were being investigated as a case of murder-suicide. Fagan said Murch has been interviewed and is cooperating with investigators. It wasn't immediately clear whether Murch had an attorney, but Fagan said police "don't consider him a suspect."

Police said Murch told them he was reading inside the home when he heard gunfire. He then found the bodies of his wife and son on the home's first floor and his daughter on the second level. First responders arrived at the home and found Murch trying to resuscitate his son.

The case squad issued a news release Tuesday saying that it had assigned more than 20 investigators to the case.

Fagan said the size of the probe was necessary to "get a very clear understanding of what happened."

Records show Catherine Murch graduated from the University of Missouri in 1992 with a degree in political science and received a nursing degree from Saint Louis University in 1994. Online records indicate she was a registered nurse.

Mitch Murch, 43, graduated from the University of Missouri, also in 1992. He owns a maintenance management company and is director of a business called The Maids International in Omaha, Neb., a cleaning company franchise, according to online records.

The family was active in Mary Queen of Peace Catholic Church in nearby Webster Groves. The children attended Mary Queen of Peace School, where Catherine Murch was a frequent volunteer. She was chairman for a committee preparing for an ice cream social in mid-August, according to the parish website.