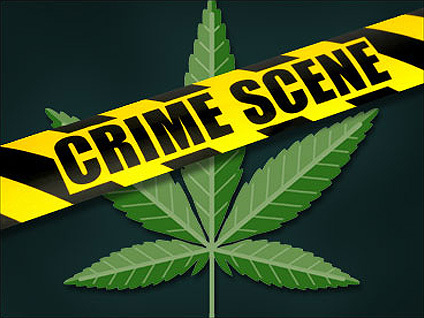 (CBS/AP) ROSWELL, N.M. - The ad placed in Craigslist's "casual encounters" section by a New Mexico woman said she was new to town and "looking for Mary Jane."

Roswell Police Sgt. Ty Sharpe said the ad was such a blatant request for marijuana, he had to make sure it wasn't posted by another undercover officer.

Roswell police arrested 29-year-old Anamicka Dave this week after officers posing as sellers arranged to meet her through text messages. It was Dave who was "looking for Mary Jane," reported Albuquerque station KOB-TV.

"I was really surprised that someone would actually put on there they were looking for weed - an actually illegal product - to the fact that I called my boss to make sure it wasn't one of our guys trying to do a reverse sting," Sharpe told the station.

Police met the Albuquerque woman in a parking lot and then arrested her.