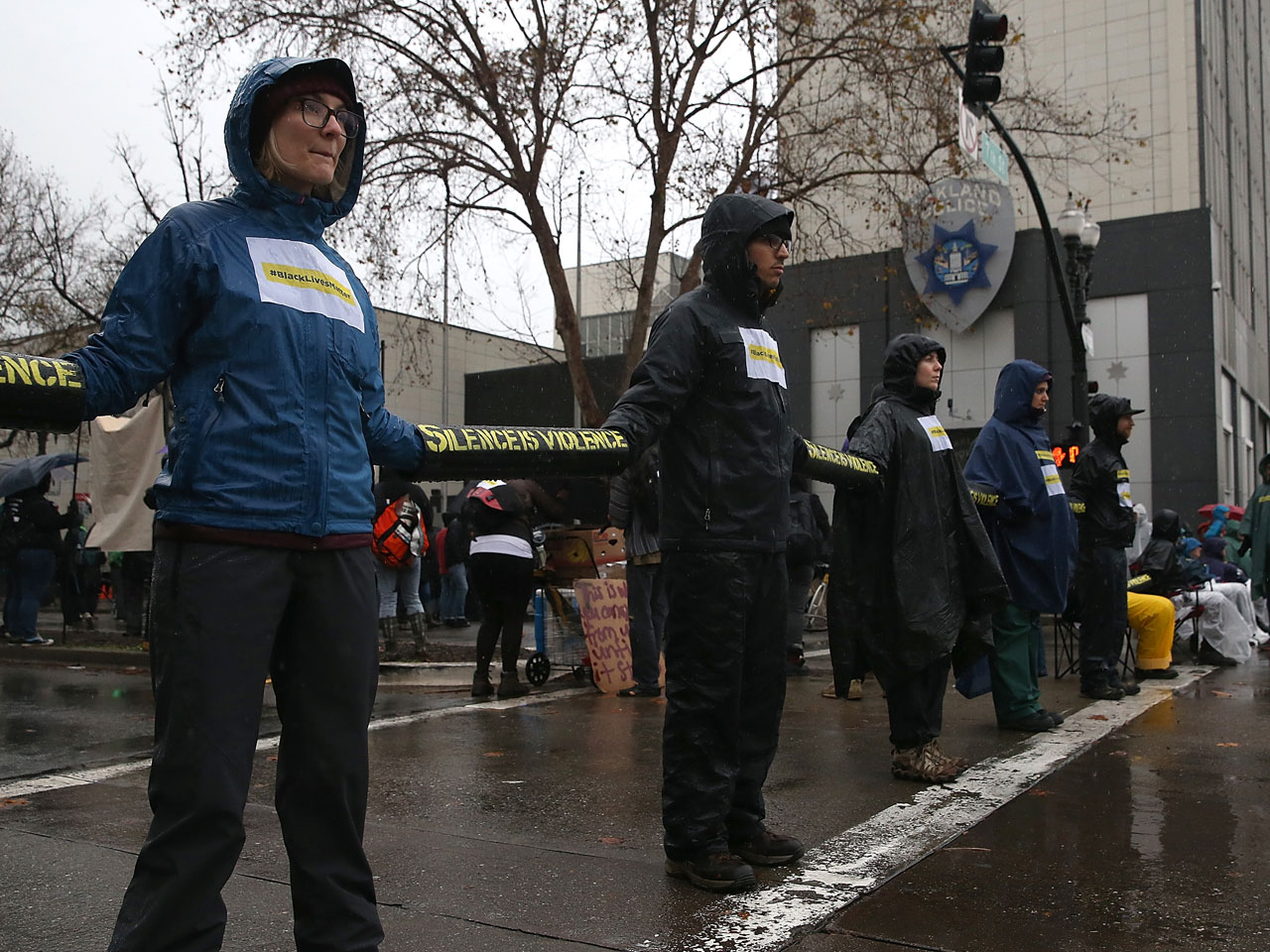 Police made 25 arrests as the protesters also chained themselves to the doors and prevented people from getting inside. The city and nearby Berkeley have been a hotbed for protests against police in recent weeks.

Demonstrators in front of one entrance held a sign that read, "End the War on Black People."

As Oakland enters its fourth week of protests, organizer Cat Brooks told CBS San Francisco that demonstrators had finally reached Oakland police headquarters after previous marches were blocked before they could reach it.

"There's a war on black people and the police are the army in that war," Brooks said. "We are on the precipice ... of a new civil rights movement."

Television news footage showed about a dozen people blocking two roads off Interstate 880 in downtown Oakland near the police building. They were among those arrested, police said. One protester climbed a flagpole, but then came down.

Police estimated the number of protesters at between 150 and 200 and said at least some of those blocking roads were also chained to each other.

Later Monday, about 150 high school students in Oakland marched in the East Bay city and a smaller group held a candlelight vigil at Lake Merritt. Both demonstrations were peaceful, Oakland police said.

Oakland and neighboring Berkeley have seen numerous protests - some violent - since grand juries recently declined to indict white officers in the fatal shooting of 18-year-old Michael Brown in Ferguson, Missouri, and the chokehold death of Eric Garner in New York City. Both men were black and unarmed.

Monday's protest in Oakland came a night after Brown's father visited a San Francisco church to thank those who supported his family, and after artists claimed responsibility for hanging three cardboard images of black lynching victims at a Northern California university. A note posted at the University of California, Berkeley, said the effigies were meant to provoke thought about a systemic history of violence against blacks.

Campus authorities said Monday they no longer view the life-size effigies as a hate crime.