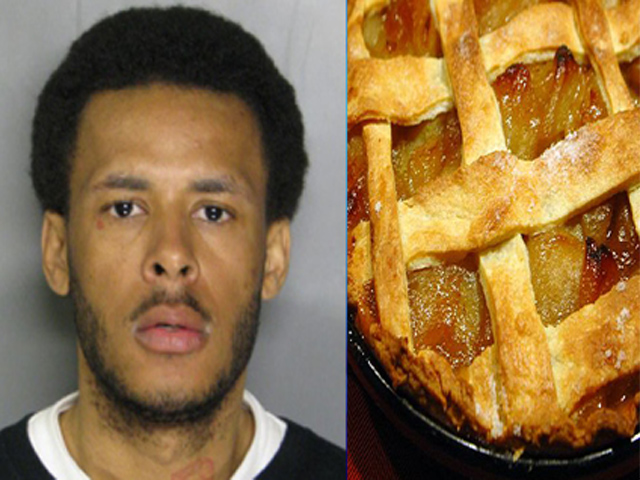 (CBS) SACRAMENTO - Authorities say a man was arrested Saturday after allegedly attempting to rob a bank by claiming a bag containing apple pies was actually a bomb.

CBS Sacramento reports the police department says Daniel Hedwood, 33, entered a Wells Fargo bank shortly after 1:15 p.m. and demanded cash from a teller. He claimed that a fast-food bag he was holding had a bomb inside.

Hedwood fled on foot and left the bag behind. He was arrested by officers in a nearby parking garage, police said. Hedwood resisted arrest and again claimed he was in possession of a bomb.

Bomb technicians checked the bag inside the bank and concluded the only items inside were two apple pies.

The would-be-thief was arrested on charges of robbery, resisting arrest and other charges and is being held without bail due to a parole violation.