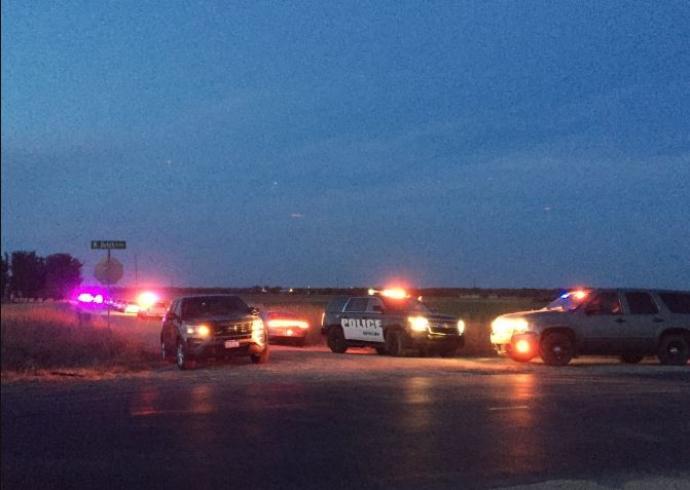 NEWTON, Kan. -- Police say the bodies of three people have been found in front of a home in a rural area near Newton, Kansas.

The Newton Police Department said in a news release posted on Facebook that the bodies were found after a call from a motorist.

Sheriff T. Walton said the bodies of the three people were found in the driveway of the property, CBS affiliate KWCH reported.

When police arrived the three bodies were found, as well as an 18-month-old child, who was not harmed.

Walton said the scene is secured and there is not threat to the public. He said this appears to be a “targeted event” and not a random attack, KWCH reported.

No suspects have been located.

Police said the names of the deceased will not be released until family is notified.

The area where they were found is about 30 miles northwest of Wichita in Harvey County.